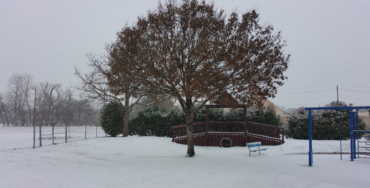 Last month’s surprise Texas storm affected many in the state, but the small community of Austin was hit especially hard. “My biggest fear was at night. I kept checking on my kids, making sure they were warm and were breathing under all the heavy blankets. Thank God we were all safe.” Rivkah B. says, though […]

Super Bowl Sunday won’t be the same this year with the pandemic turning our annual football fiesta into quaint family affairs. But perhaps no one is more bummed out than Orthodox Jewish influencer and social media star, Meir Kay. “It’s our first year not doing it. It’s tough. 100% tough” he says. But Meir isn’t […]

How Do I Handle Feeling Taken Advantage of By A Friend?

Dear Rebbetzin Chaya- A friend asked me to do a job for her, which I did before we agreed on an exact price. It was not an easy job, but she was desperate and I was glad to be able to help. Then suddenly she told me that she didn’t have money to pay me […]

In 2007, I founded Jew in the City with the mission of breaking down stereotypes about religious Jews and offering a humorous, meaningful look into Orthodox Judaism. I was raised with numerous negative ideas about Orthodox Jews, but in my teens, when I actually started meeting them in real life, they were so different than […]

A Match Made in Heaven

What does a 68-year-old Conservative Jewish man from Cranford, New Jersey have in common with a 42-year-old Hasidic man, originally from London? A kidney. Grab your tissues and see how kindness can break down barriers between communities. To learn how you can donate a kidney please contact http://Renewal.org. If you found this content meaningful and […]

Is Your Judaism Motivated By Kindness Or Control?

Sometimes a complete stranger will send a message to one of our platforms and beg me to cut my wig. Which is always so surprising because I can’t help but wonder: Shouldn’t someone who begs another person to cut one of her belongings at least meet her first?  Thankfully, we now have staff in place to screen […]