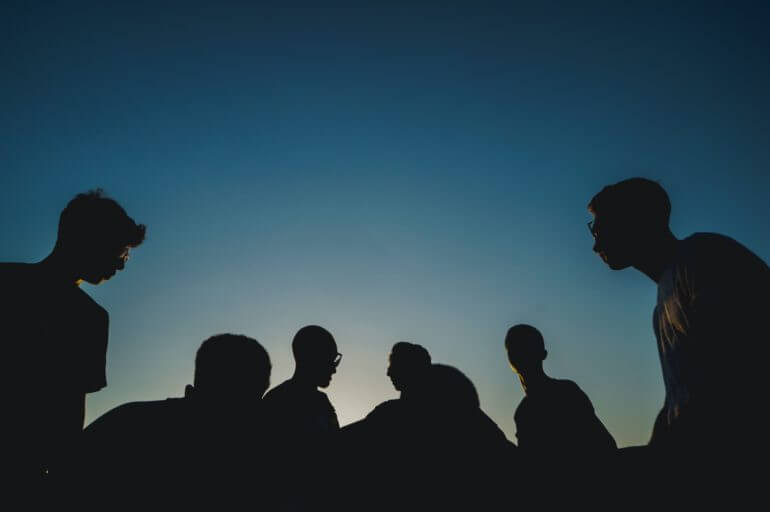 Right before Sukkot, after Kanye tweeted about Defcon 3, some people have openly voiced their scary conspiracies about Jews. Celebrities Kanye and Kyrie Irving — who are well known to have a taste for fringe beliefs — have been adding fuel to the fire by spreading conspiracy theories that they learned from fringe groups such as the Nation of Islam, the Hebrew Israelites and the Hoteps. These groups are fringe and they do not represent a majority of the values of Black Americans. But some are under the false impression that their members have overtaken the Black community.

Subscribers to the beliefs of these fringe groups are the ones that believe in the words of Farrakhan and the documentary Hebrews to Negroes that Kyrie shared. After watching two hours and thirty minutes of that documentary (that I had to pay to watch) I can confirm that it was riddled with mind-numbing miseducation and rooted in antisemitic conspiracy theories that are common among Hebrew Israelites. I have been told by a few that there are some “nice, non-antisemitic and non-combative” Hebrew Israelites. However, I’ve only had unpleasant experiences.

These fringe groups seek out people who are seeking empowerment, “education” and reasons for their hardships. Some Black Americans have a disproportionate lack of access to funds, housing, and resources as well as extreme poverty within certain communities making them ripe pickings for fringe groups. They then indoctrinate them, which was the ultimate goal of the Hebrews to Negroes documentary. These fringe groups are the ones that make social media apps like Twitter and Facebook their home to spew hatred on a massive level. Members of these fringe groups (and the bots they create) flourish — or rather fester — in online spaces.

Twitter specifically fosters a toxic atmosphere of depression, anger and hate. It’s the perfect playground for fringe hate groups. They are extremely loud even though they don’t represent a majority view. When these fringe groups pull in celebrities, it makes them more problematic, as celebrities with a large following might have fans that will believe anything they claim. Celebrities with high engagement and reach are definitely a cause for concern. As stated above, fringe groups still do not represent “the Black community”.

I have seen Jewish influencers, writers, journalists and more respond by demonizing and overgeneralizing the Black American community. Even though there has been ample information out there about the groups that are responsible for spreading this hatred and miseducation, for some reason instead of identifying the groups, some people seem to feel comfortable with saying “ Black Americans are more likely to be antisemitic/ the Black Community is largely antisemitic”. Ironically, the same people making these broad overgeneralizations usually get very upset if anyone attempts to overgeneralize Jews.

It fascinates me how some can accept that fringe groups exist within their own community that doesn’t represent the majority communal views, yet they can’t accept that similar fringe groups exist within other communities. It’s hypocritical. It also hinders the ability to locate the actual source of all this hate. Fringe hate groups, when unaddressed, get bigger and stronger. These same groups are also one of the issues hindering unity between the Jewish and Black American communities.

Some people like to play the numbers game, so let’s play it for a second.

Around 13% of America’s population is African American.

There are around 8.5 million people in New York.

About 20% of African Americans make up that population in New York.

There are currently around 2 million African Americans in New York.

So, if the Hebrew Israelites are marching through the city with numbers in the hundreds, although it is very much terrifying, they clearly represent a fringe group within the Black American community. This is why saying broad statements like “the Black Community is antisemitic,” is so reckless. Such statements and attitudes not only obstruct building bridges between the Black and Jewish communities, but they also erase and harm Black Jewish Americans.

Within some Jewish spaces, Black Jewish people are placed under more scrutiny. Our loyalties are questioned, and we have to endure anti-black backlash because of our blackness. So basically, the BHIs harass us more because our existence disturbs their own and some Jews within our own community also have tendencies to misbehave towards us because we are black. This means that we are weathering attacks from both simultaneously. Even though it has been frustrating and painful, to say the least, the importance of Black Jewish American voices during this time must not be overlooked any further.

The amazing beauty and burden of being Black and Jewish is that our existence is a continuous bridge between both communities. As we move forward, it must be understood that we cannot bring true unity between Black and Jewish communities in America if Black Jewish people remain excluded from the conversation. Education and communication are also key to restoring unity between the Jewish American and Black American communities. Antisemitism and antiblackness are two very real evils in this country that are tied to white supremacy. Yalla, let’s uplift each other and fight it together!

Elisheva is an Orthodox Jewish American woman who was born & raised in the Orthodox Jewish communities of Brooklyn. She founded Eli7 Designs, a cultural empowerment apparel brand. She is an artist, a writer, a fashion designer & a speaker. She frequently discusses Anti-Jew Hatred, Anti Black Racism, Orthodox Judaism, Colorism & Modest Fashion.