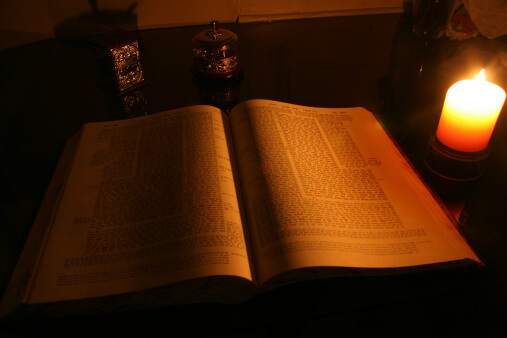 When I was studying in Israel after high school, my roommate and I had some interesting late-night conversations. One of our favorite recurring themes was a debate that, as we discovered, showed up long before our gap year – for instance, in the following Talmudic passage:

Rabbi Tarfon and the Elders were reclining in the attic of the house of Nit’za in Lod. This question was asked before them: Is talmud (study) greater, or is ma’aseh (action/deeds) greater?

They all answered and said: talmud is greater, for the talmud brings to ma’aseh.

The Talmudic analysis continues beyond that point, of course, but just those lines presented plenty of fodder. We, too, wanted to know which was of more value – the pure pursuit of Torah knowledge, or the implementation of its laws and principles in action? While the above passage seemed to address our debate perfectly, its conclusion was more ambiguous than we each wanted to believe; each of us tried to argue that this passage supported our own position.

If study is of the greatest value, but only because it leads to action, then is it truly the greatest?

A paradox, to be sure.

Recently, I came across what seems to be a parallel debate in a more specific context: ancient Rabbinic attempts to understand the underlying cause of the destruction of the first Beit Hamikdash and the ensuing exile. The Talmud in Yoma 9b famously names the classic “Big Three” (idolatry, forbidden sexual relationships, and bloodshed) as the sins which earned that destruction and exile – as opposed to the second exile, which was sparked by the sin of sinat chinam, “free” hatred. However, the Petichta (introduction) to Midrash Eicha Rabba contains the following statement:

Rav Huna and Rabbi Yirmiya, in the name of Rabbi Shmuel b. Rabbi Yitzchak, said:

We find that the Holy One, blessed be He, overlooked [the sins of] idolatry and forbidden sexual relationships and bloodshed – but did not overlook the rejection of Torah, as it is said “Because of what was the land lost?” (Jeremiah 9:11) – It is not written here (ibid. verse 12) “because of idolatry, forbidden sexual relationships, and bloodshed”; rather, “because they abandoned My Torah.”

While one might read Jeremiah’s statement, “because they abandoned my Torah,” as a reference to neglecting the mitzvos (actionable commandments) of the Torah, Rav Huna et al seem to assume, in holding it up against the “biggest” of the mitzvos, that it refers to Torah study. But how could God look the other way when such terrible sins are committed, yet take a stand when people don’t learn Torah? Could it be that we really hold intellectual pursuit of Torah in such high regard that it would save even people who commit the most atrocious acts against Man and God? If the leading Jews of the First Temple era had sat in ivory towers studying Torah while pelting their fellows below with rocks, would God have refrained from punishing them? What would such study have been worth, if it didn’t teach them not to throw those stones?

Perhaps it is to answer this question that Rav Huna and Rabbi Yirmiya follow the above shocking statement with another – this time, in the name of Rabbi Chiya bar Abba:

It is written (Jeremiah 11:16), “And they abandoned Me and did not keep my Torah.” Would that they had abandoned Me and kept My Torah; out of their being involved in it[s study], the light within it would have returned them to good.

It’s not really about the study itself; though some Jewish thinkers certainly value intellectual growth in its own right (Rambam comes prominently to mind), as long as we are living in this world, how we live in it – how we strive for goodness – is of central importance. In this statement, the real overriding value of Torah study is in how it inevitably leads to growth and goodness.

And one more, this time from Rav Huna in his own name:

It seems to me that Rav Huna (et al) ultimately does value a life of Torah-inspired action more than purely intellectual study – but, like the consensus in Kiddushin 40b, he sees Torah study as a fundamental means to that end.

Why, then, do these Rabbis frame their statements so paradoxically? Why not simply say straight out that observance of mitzvos, or doing the right thing, is of the utmost importance – and that ongoing Torah study is essential if one wants to know what to do and be inspired to do it?

I wonder if the clue might be found in that statement attributed to Rabbi Chiya bar Abba: the idea that even if one does nothing of Torah, perhaps even abandons faith in God – even so, as long as there is Torah study, there is hope.

Maybe the emphasis on Torah study as “greater,” as the slice of connection on which the decision to destroy hinged, is designed to emphasize hope and the potential for change. It’s easy for someone who has made mistakes to feel that this is just who they are now – all hope is lost. It’s easy for someone who has never had Torah in their life to feel that they just aren’t a Torah-oriented person. But what good does it do to focus on the missing actions? What greater impact might it have to think about the core eternal potential to get back on track with those actions?

Perhaps the message here is that on some level, what we have done and even what we are still doing (or not doing) is irrelevant – because there is always a possibility of change. There is always Torah to be studied. Even if we start off not looking to change, and maybe even if we never change our behavior – even if we learn for all the wrong reasons – Torah study opens up potential for growth.

By highlighting what the Jewish people lost in the time of the First Temple by not learning, Rav Huna reminds us of what we can gain by learning. At a time when we remember the destruction of our Temple(s) and beginning of our exile(s), it is this hope that can keep us going. Wherever we are, whatever is happening in the world, we have Torah to learn and growing to do. If we can grow beyond our ivory towers, there is even hope that with God’s help, we can build a foundation of study and action on which a third Temple might be built to last. 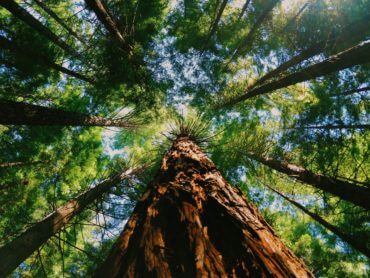