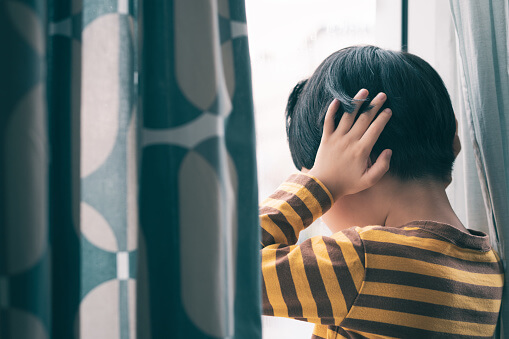 Are there any Torah sources that address PTSD and how to deal with it?

Thanks for your question. For sure, the Torah doesn’t mention PTSD by name because the term “posttraumatic stress disorder” didn’t appear until 1980, in the third edition of the Diagnostic and Statistical Manual of Mental Disorders, better known DSM-lll. But that doesn’t mean that the condition was unknown. When I was a kid, we would have called it “shell shock.” Throughout history, the disorder has been recognized and called by a variety of different names.

As a fairly obvious component of the human condition, it ought not surprise us that PTSD is reflected in Tanach, if not by name. Arguably, the most overt such reference is at the end of parshas Shoftim (Deuteronomy 20:1-8). There we are told, “When you go to fight against your enemies, and you see horses and chariots – forces larger than yours… the officers shall say, ‘Is there anyone who is afraid and disheartened? Let him go back to his home, lest his brothers’ courage flag like his.’” Rabbi Akiva says this means that the person can’t stand to see a drawn sword (Sotah 44a). This would seem to describe a condition more than simple fear, which I imagine would be common among the majority of those about to battle objectively superior forces. (It’s also worth noting that the Torah describes the soldier’s fear as contagious, which PTSD, like a number of other psychological conditions, actually is.)

If you’re looking for actual cases in Tanach rather than hypothetical situations, I can think of two people who might fit the bill. The first is Noach. He watched all of mankind except for his immediate family wiped out by a flood, after which he spent a year trapped on a floating zoo, caring for dangerous, smelly animals. According to the midrash, Noach got almost no sleep for the entire year because of the animals’ different feeding schedules (Midrash Shocher Tov 37). When he was finally released, is it any wonder that he “acted out” by getting drunk? People with PTSD are more likely to have drinking problems; up to 80% of Vietnam vets seeking PTSD treatment also have problems with alcohol abuse. (Source: National Center for PTSD)

The other candidate for PTSD is the prophet Eliyahu (Elijah). In I Kings 18 – perhaps his most renowned feat – Eliyahu prevailed in a “showdown” with the idolatrous priests of Baal. After their ignominious defeat, the 450 priests of Baal were executed. This didn’t sit well with evil Queen Izevel (Jezebel), who ordered Eliyahu’s death. He ran away but he prayed for death (19:4) and slept a lot (19:5-6). This was clearly a stressful time for Eliyahu, and symptoms of PTSD can include both suicidal ideation and sleep disorders. By way of treatment, it’s noteworthy that when Eliyahu was in this state, God spoke to him in a “thin, still voice.” (God also gave Eliyahu a task. PTSD can cause a lack of interest in activities and God “re-engaged” him.)

Now, you and I can’t rely on God manifesting in an audible manner to serve as personal trauma counselor, so your request for a Biblical treatment isn’t practical in this case. And if I knew of a course of action from the Talmud or the Rambam’s Mishneh Torah, I wouldn’t recommend it, anyway. As I always say, if your tooth hurts, you call your dentist, not your rabbi. The same should be the case with emotional issues – call a mental health professional, not your rabbi. (You can also talk to your rabbi for chizuk or spiritual guidance but, unless he’s a certified trauma specialist, doing so isn’t a substitute for therapy.)

As noted, PTSD has been around as long as mankind has existed, and it’s reflected in our literature throughout the ages. Gilgamesh (circa 2100 BCE) clearly suffered from PTSD, losing his best friend, mourning, and then manically obsessing over his own mortality. Mercutio describes PTSD in vivid detail in Shakespeare’s Romeo and Juliet (Act I, scene iv). But as with diabetes, heart disease, tuberculosis and kidney failure, treatment options have come a long way over the centuries. So if you’re struggling with PTSD, feel free to talk about it with your rabbi if you so choose but definitely see your mental health care professional for treatment. If someone you love is struggling with PTSD, then you might follow God’s example and speak to them in a “thin, still voice.”