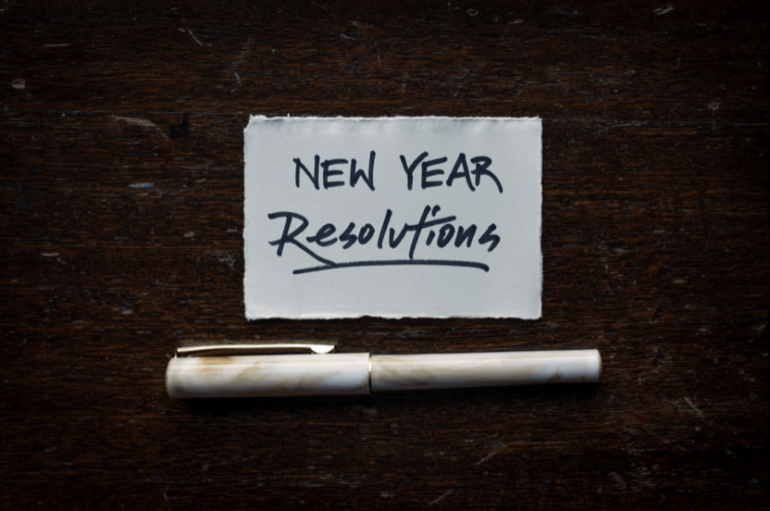 It’s January, so “New year, new me,” is something you’re probably hearing a lot of pretty much everywhere. Whether it’s taking over your social feeds, circulating around office Slack chats or just among friends and family, it can get irritating to hear about resolution after resolution that most people tend to just break. So, let’s change the conversation. The key to redefining these New Year’s resolutions, may lie in the Jewish month of Shevat, which this year coincided with the holiday and started on January 3rd.

Each month has special energy. In the month of Shevat, we celebrate Tu B’Shevat on the 15th (this year it starts the night of January 16th and goes through January 17th) which is the ‘New Year for the trees.’ It’s an interesting festival on a few levels — one of the most noticeable being the weather outside at this time. I’m in the UK. There, as well as many other places are experiencing the dead of winter. All you see are bare trees — no leaves, no blossoms and definitely no fruit. Why are we celebrating the new year for trees now? Wouldn’t it make more sense to celebrate it when the trees are blooming?

One of the reasons that we celebrate it this time of the year is because unbeknown to our eyes, this is when the sap is starting to rise within the tree, which starts the whole process of growth for those blossoms, fruits and flowers. Now, if you’re going for a walk, you’re not going to notice anything different. The trees look as dead as they’ve ever been. But internally, change is starting to happen.

Do you know why we so often give up on our resolutions? It’s because we’re looking outwards and we don’t see the change. We don’t see the result. I’ve been trying for 3 days already and I’m still making the same mistakes! We don’t realize that change is a slow process that happens over time. Even if we falter, the intention is working its magic within. We need to work to change our mindset and know that even if we don’t execute the resolution perfectly on the outside every single time, we’re still changing and growing as a result of that effort.

We set a resolution, at New Year’s or anytime, because we want to make a change in life. We want to change habits that we’ve had for so many years, and that are no longer serving us. But it takes longer than just a few days. Those habits took a long time to become a part of us, and so may take even longer to reverse. We created the habits initially by consistently doing the same small thing, day after day after day. Doing just that is what needs to happen in order to reverse them or build a new habit.

Interestingly, we see that a child in Jewish law only becomes obligated with mitzvoth when they hit the age of 12 for a girl or 13 for a boy (which is when a Jewish child becomes an adult). Yet, Jewish parents encourage their children to do mitzvoth from a much younger age. We want them to develop good habits early on. We realize that if we don’t develop good habits when we are young, it is much harder to incorporate these habits into our life.

Your habits took a while to become a part of you, so new ones will take time to build. The mitzvot we do daily are there to help us. If you want to work on gratitude, say modeh ani, the morning blessing of giving thanks to Hashem for the gift of a new day. If you already say it, try and do so with more intention. Do you want to become more giving? Get into the habit of donating even small amounts to charity but do it consistently. Do you want to maintain clarity of your mission here in this world?
Consistently honor the spirituality of the day of Shabbat.

When you feel stuck, think about the trees. They take months to bloom but are starting now. They’re not in a rush. Shevat whispers to us — be patient with yourself as you grow. Choose something small, do it consistently, be kind and forgiving and feel confident that change and growth are coming your way.

Being Overwhelmed From The Walder Saga Is Expected: Here's How We Process It