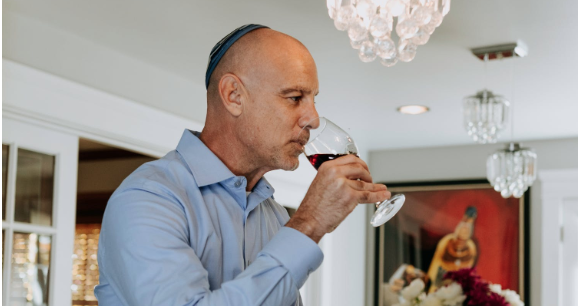 I read your post on Jews and alcohol. What are your thoughts on the fact that many Orthodox Jews have some liquor and say “l’chaim” at Shabbos meals? They often will then say something like “May we all have brachos in parnasa and health and besuros tovos.” Is there a source for the idea that drinking some liquor will influence Hashem to bless us?

Thanks for your question – I always love a follow-up! There’s certainly no concept that we can “influence” God, but we can certainly ask Him for good things. There are reasons why doing so over a drink might be an appropriate time.

When the Sanhedrin judged a capital case, they either ruled “l’chaim” (for life) or “l’misa” for death. If the defendant was judged for life, he was released and he got to go home. If he was judged for death, he was taken to the place of execution. A condemned person would be given strong wine prior to the execution as a form of general anesthetic so that it should hurt less and he should be less aware of what was happening, as per Proverbs 31:6, “Give strong drink to one who is ready to perish….” (Sanhedrin 43a) So the booze went with the verdict “for death.” When we drink, we don’t want it to have that negative connotation, so we specify that we’re drinking “for life.”

I might have considered that explanation to be speculative except for one thing: the Midrash Tanchuma (Pekudei 2) forges the link from this historical legal procedure to our common practice. It says:

Similarly, when the shliach tzibbur (the prayer leader) holds the cup of kiddush or of havdalah in his hand and he sees that it doesn’t contain a draught of death, he says, “Savri maranan” (“attention gentlemen,” an expression used by the judges in capital cases). The congregation then responds, “To life” (l‘chaim), meaning, “May this cup be for life.”

The clear intention of “l’chaim,” therefore, is to differentiate between drinks intended to celebrate life and those intended to mourn death (Bach, OC 174:9).

It should be noted that the practice among Orthodox Jews to this very day is to recite “savri maranan v’rabanan v’rabbosai” before the bracha of hagafen over wine in kiddush, etc. Ashkenazim stop there but Sefardim also respond “l’chaim” in such cases, as per the above.

Therefore, while the origins of such practices are often sketchy, this Midrashic link to saying “l’chaim” before drinking is sufficient documentary evidence for me. Nevertheless, following are two more explanations that have been given.

1) It’s evident from the very beginning of our recorded history that wine is a mixed blessing:

According to this understanding, “l’chaim” is a prayer that our drinking not result in negative repercussions like those, and other, historic misfortunes.

2) Another explanation is the precedent of Rabbi Akiva. The Talmud (Shabbos 67b), in discussing whether toasting is a pagan practice, tells us that when Rabbi Akiva made a wedding feast for his son, he toasted “Wine and life to the mouth of the Sages” over each and every cup. The Talmud (Sanhedrin 38a) equates wine with secrets, given that each has a numerical value of 70. We also know from Proverbs 3:18 that Torah is a “tree of life.” Some therefore understand Rabbi Akiva’s toast for “wine and life” to be a prayer for esoteric and exoteric Torah always to be found in the words of his colleagues. In its simplest meaning, however, it is once again a prayer for life recited over wine.

So there you have it – three potential origins for the practice to toast “l’chaim,” one that I accept as the probable source and two more that you may prefer.

One final note: while the halachic conclusion is that toasting is an accepted Jewish practice, we must note that clinking the glasses together isn’t. Some actively oppose doing so on the assumption that it’s of pagan origin but in truth, the origins of glass-clinking are obscure and not generally based in superstition. Rather, like leaving flowers at a grave site, it’s not prohibited per se, it’s just not our way of doing things. 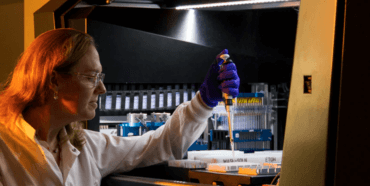 Amar'e Stoudemire Is Looking for a Shidduch