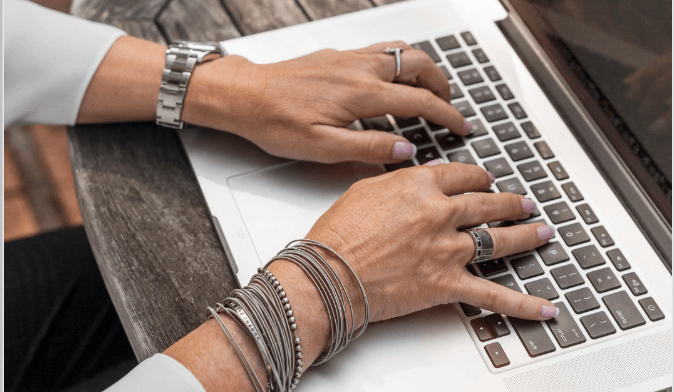 It did not take 72 years for me to decide what I wanted to do with my life. It only took eight.

That is when I graduated to reading real books. The first two that I read were Little Women and Black Beauty, two novels that opened worlds for me. I discovered that I could meet new people and share in different lives without needing to be old enough to drive a car. I discovered that I could live the life of a horse without giving up on being a little girl. I would never be lonely. Never bored. Never stuck in one place with a daily life that seemed far short of exciting and adventurous.

From that point on, I read everything I could get my hands on. Reading became a lifeline, a plane ticket, a passport to the past or even to the future, an invitation to any side of town, any way of life. And the one thing – the one and only thing – that I wanted to do when I grew up was to write. I wanted to open doors for other people the way my favorite authors opened doors for me.

I worked hard in school. I dreamed. I headed for college. And when I chose a major, a first job, a first profession, eventually a second profession and more college degrees, the one thing I did not do was write. I have to correct that statement. I did write. I always wrote. And everything I wrote went into a desk drawer, or later, a computer file. I became a math teacher, a computer scientist, a professor, a researcher – but not an author.

I was too afraid of rejection. I decided it was better not to try than to try and fail. I did not want to know that I had no talent and would never, ever, succeed as an author.

My eighth year was an important point for me, and as it turns out, so was my fortieth. I was an experienced computer scientist and professor. I’d been married two decades by then and had devoted much of my energies to helping my husband achieve his professional dream. I also had children of my own, and even though they were still young, I knew that some day I would want them to follow their dreams.

So, what kind of example was I setting? Forty is, after all, a milestone for changing one’s life. That was the age that Rabbi Akiva decided to turn his life in a different direction. I thought about how my fear of failure had kept me from pursuing the one endeavor that meant the most to me.

It brought to mind the Torah portion Shelach and the story of the spies. About a year after the children of Israel had been freed from Egypt, they arrived at the Promised Land. Twelve spies were sent to scout the land and report back. Ten of them reported fear. Fear of giants that would defeat the people. Fear of failing.

The punishment for succumbing to this fear was forty more years in the desert before the people were given another opportunity to enter the land. I thought about my self-imposed forty years of wandering out of fear of failing. And I decided it was time for me to take that first step into my personal version of the land of milk and honey. I knew it would not be easy. There would be hurdles – and probably failure. But I decided to try, anyway.

Then one day, I got another rejection. A publisher liked a manuscript that I had sent but didn’t think it would work for their readership. Oh, by the way, would I be interested in learning about a new program they were beginning? Which is how I learned of a program seeking high-quality literature for children that would also be ‘kosher’ – no violence, no abuse, no profanity.

I don’t like violence, abuse or profanity. And since I’m Jewish and American, I got the idea to write historical fiction showcasing Jews in America in places and times that have not been much explored. But despite having three college degrees already, none were in history. So, I got busy writing – and also went back to college. I just completed my second bachelor’s degree – this one in history – a couple of months ago. And my second work of historical fiction for middle-grade readers came out about the same time.

So far, I have written about the three Jewish teenagers who helped to win the battle that inspired the Star-Spangled banner in 1814, and about the Jewish communities of Cumberland, Maryland and Washington, D.C. that supported early twentieth century canal traffic. My current work will explore the role of Jewish itinerant peddlers in opening the American west.

Did I mention that I am 72 years-old?! It is never too late to set aside your fears – and follow a dream.

After a 35-year career in teaching and computer science, Tovah Yavin is now the author of a growing body of historical fiction for middle grade readers. Working with Menucha Publishing’s Menucha Classroom Solutions program, she has written The Free and the Brave about the War of 1812 and Journey on the C & O Canal about early twentieth-century life on a working canal. Both books can be found at https://menuchapublishers.com/ or www.TovahSYavin.com. When she is not writing, Tovah spends her time visiting her three children and her nine wonderful grandchildren.