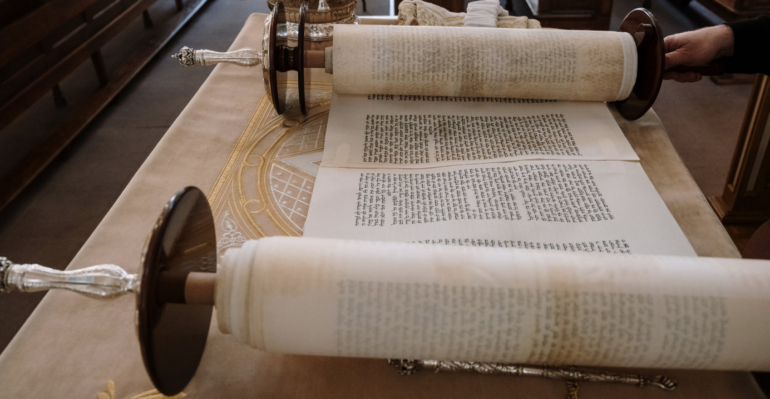 Is it True That the Torah Was Lost and Then Found?

I’ve heard people say that the Torah was lost in Jewish history and then found, either in the time of Ezra or Josiah. Is this true or are they trying to discredit the validity of the Torah by claiming it was made up?

Thanks for your question. There are such theories about the origins of Judaism but we don’t put much stock in them. While King Yoshiyahu (Josiah) and Ezra are certainly important figures in Jewish history, most readers are probably scratching their heads and saying, “Who?” or “I’ve heard of him but I don’t know much about him.” When someone introduces a Bible to a people, that person tends to become a central figure in that faith (see: the Apostle Paul, Mohammed, Joseph Smith, etc.). If Josiah or Ezra had introduced the Torah – or even reintroduced it – they would be much more significant figures in our religion. You know who’s the central human character in the Torah? Moses. You know why? Because he’s the Lawgiver.

Let’s examine the claims about Josiah and Ezra and see what’s really going on there.

The story of Yoshiyahu really begins with his grandfather, King Menashe. In II Kings 21, Menashe suppressed the observance of Torah and introduced idolatrous practices to the kingdom of Judah. He reigned for 55 years – longer than any other king – which gave him decades to implement his agenda. When Menashe died, he was succeeded by his son Amon, who continued in Menashe’s evil ways. Amon reigned for a mere two years before he was assassinated and succeeded by his son, Yoshiyahu (He was succeeded by Yoshiyahu, not assassinated by him.)

Yoshiyahu’s story begins in the next chapter. Ten years into his reign, during routine renovations, workmen found a Torah scroll in the Temple. The scroll was brought to the king, who read from it. This terrified Yoshiyahu, who had a prophet summoned to interpret what he had read. They consulted Chulda the prophetess, who said that God was going to punish the nation for straying from His ways.

Some people would have you believe that the Torah had been completely forgotten during the reign of King Menashe but that really doesn’t make any sense. Yes, he destroyed Torah scrolls where he found them but we’re talking about a pre-industrial, agrarian society. It would have been child’s play for a private individual to hide a small item like a sefer Torah somewhere in his house or on his property. There’s simply no way the ancient Judean government could have destroyed every privately-owned sefer Torah in every community throughout the country when much more advanced forces like the Nazis and the Communists failed in comparable goals. So, yes, many people might never have seen a Torah but that’s a far cry from national unfamiliarity with such things.

The idea that Torah observance had completely lapsed also doesn’t hold water. Throughout history, there were always observant people and non-observant people. Nowadays, 32% of American Jews are unaffiliated, while only 9% identify as Orthodox. The failure of a large portion of society to observe Torah doesn’t mean that the Torah has been “forgotten.” In fact, we see that the generation of Yoshiyahu had the Temple. They had sacrifices and kohanim to offer them. They had prophets to consult regarding God’s will! In what way was this a society that didn’t know Judaism?

The idea that Yoshiyahu actually wrote the Torah and introduced Judaism makes even less sense. Even if you want to suggest that Menashe successfully suppressed the observance of Judaism, there’s no way Yoshiyahu could have composed the Torah and passed it off as an ancient work. The Torah isn’t just a book of laws; it includes the Jews’ national history in the form of Avraham, Yitzchak, Yaakov, Yoseif, Egyptian servitude and redemption through Moshe. The people wouldn’t forget that in a few short decades. Even without a book of law, people wouldn’t forget where they came from, and they would have passed that information on to their children. There’s no way Yoshiyahu could have introduced that kind of history and had it broadly accepted by the masses.

So what did happen that was so significant? The answer is in the text. II Kings 22:8 doesn’t say that they found a Torah scroll, it says they found the Torah scroll, i.e., the original manuscript that was dictated to Moshe, from which all later Torah scrolls were copied. This would have been a significant find then just as it would be today. So why was Yoshiyahu so shaken up? According to tradition, the scroll they found was rolled to the Tochacha, the rebuke in Deuteronomy 28, which describes the punishments for disregarding God’s laws. This was taken as a negative sign, which is why they sought a prophet’s guidance.

The case for Ezra introducing (or re-introducing) the Torah is even flimsier. In Nehemiah 8, we are told how Ezra taught the Torah to the nation. On the second day of Rosh Hashana, the leaders of the people went to Ezra for instruction. Verse 14 tells us, “They found written in the Torah how Hashem had commanded through Moshe that the children of Israel should dwell in booths for the feast of the seventh month.” In other words, they “discovered” Succos, ergo Ezra introduced the Torah.

Ezra brought the exiles back from Babylonian exile and spearheaded the reconstruction of the Temple. Obviously, lots of people forgot lots of Torah in exile but, again, individuals not being aware of something doesn’t mean that it has been completely forgotten. I could fill Madison Square Garden with Jews who never heard of Succos but that doesn’t mean that nobody observes it. It means that these individuals were unaware – nothing more and nothing less.

Consider also verse 17: “The entire congregation of returnees from exile made booths and dwelled in the booths; since the time of Joshua the son of Nun until that day the children of Israel had not done so, and there was great joy.” We understand that verse to mean that, since the time of Joshua, the Jews hadn’t celebrated a Succos as festively as the returnees from exile did in the time of Ezra. Even if you wanted to suggest that it means that Jews didn’t observe the holiday at all, you’d have to concede two points: (1) the verse could be understood to suggest that this was the first time since Joshua that the “entire congregation” observed Succos but that doesn’t mean that nobody observed it and (2) it was certainly observed in the time of Joshua, so Ezra certainly couldn’t have introduced it!

Ezra is credited with a lot of great things. He standardized the versions of Hebrew script used for religious and secular purposes. He corrected textual errors made by well-meaning but misguided predecessors. He absolutely restored individual laws that were widely forgotten (see Talmud Succah 20a). But he didn’t introduce or re-introduce the Torah as a whole because such a thing has never been forgotten.