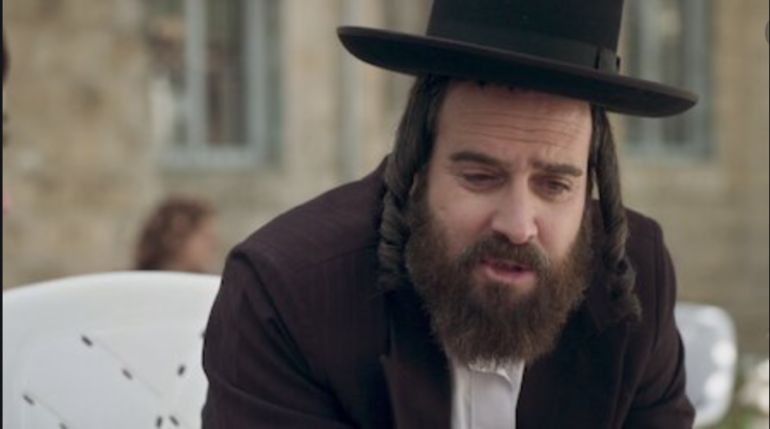 Shtisel Season 3, Episode 5: Not Caring About Looking Bad For Shidduchim

For the first two seasons of Shtisel, I feared that featuring so many dysfunctional Haredi Jews who live such stringent and strict lives would be off-putting to Jews from less observant backgrounds. The lifestyles are unappealing in many ways, the stringencies not required by Jewish law. For anyone considering a life of more observance, the characters from Shtisel might prevent that.

While season three has the same amount of strictness, the emergence of the pushback on dysfunctional behaviors is a pleasure to watch. The reality is that there are serious issues to contend with in insular communities, as displayed on Shtisel, but that a societal pushback is occurring within the Haredi world. Seeing that pushback happen throughout this season is hopeful. And Lippe (and his son Yosa’le) are the heroes of this battle in episode five. SPOILER ALERT

While most people think of  the “ultra-Orthodox” woman stereotypically having no voice and no choice, Giti has a lot of power in season three, and she’s calling the shots for the men in her life, namely her husband, Lippe, and her son, Yosa’le.  The reality is that there is not a “woman’s problem” or “men’s problem” of being silenced in the Haredi world. Abusive people will steamroll those around them and it can happen to anyone, anywhere.

Giti is afraid of ruining the “shidduchim.” Working with members of Makom, I have learned that in some places, there is too much pressure to appear perfect to get the perfect shidduch (match). Perfection is impossible and a system where everyone is faking perfection is dangerous on so many levels. I believe that there is pushback on this dynamic happening in real life, and this episode beautifully highlights that.

First Giti tries to prevent Lippe from recruiting extras to the set of the TV show he’s the caterer for, because she is afraid of what people say in terms of  “shidduchim.” She doesn’t consider a talent scout to be a “normal” job. Additionally, she does not want to hear that her son, Yosa’le, is not in love with Shira Levenson, his fiancé, because he feels nothing for her. Her family is not in a position to break an engagement. It would be too shameful and harm future matches.

Poor Yosa’le is pining for “accidental Shira,” Shira Levi, who he met at the beginning of the season and never forgot about. Both Lippe and Yosa’le push back at Giti’s controlling ways, Yosa’le going as far as saying that his father should have listened to his own doubts he had when he was engaged to his (Yosa’le’s) mother and not gone through with the wedding.

It was a harsh line, but I was happy to hear it. We are supposed to honor our parents in Judaism. But teenagers need to push limits as part of a healthy development. Giti was coming on too strong and Lippe telling Yosa’le he won’t have to marry anyone he doesn’t want to marry was healthy parenting. Giti insisting that Yosa’le go through with the wedding and open a gift from Shira that he didn’t want to open was too much.

While Giti does not back down on the Yosa’le issue for now, Lippe gets through to her on the TV show recruitment issue. First he cries to her that she quashes him and his dreams. Another good, honest moment of sharing. Expressing feelings is good, people!

Then, Giti sees him praying and hears him telling God that he’s such a failure. She feels pity and regret that she was so harsh with him. When Lippe admits to Giti that she was right – that his plan to find extras was foolish – she sees the error in her ways and decides to help him.

This show has imperfect characters, just as all humans are imperfect. But watching the development –  watching people speak their mind and others hear the feedback and then notice their shortcomings is endearing. It’s what good people do. And season three of Shtisel has a lot of good people.

This Shabbaton is Raising Mental Health Awareness in the Orthodox Community