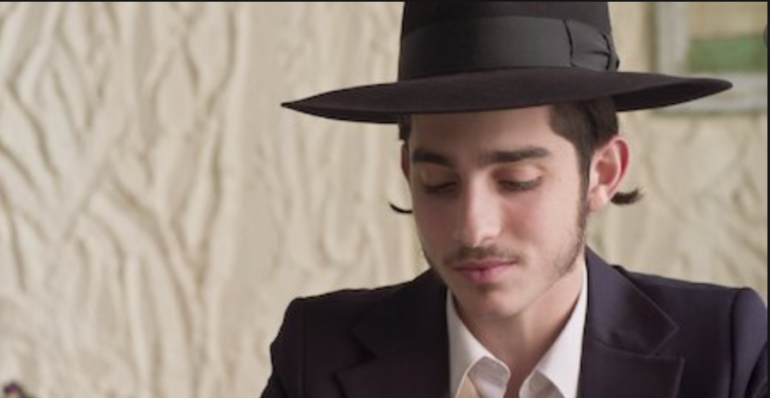 Whenever I see an Orthodox rabbi on TV or in movies, I brace myself for impact. While I have personally had a couple disappointing interactions with a couple rabbis in over 2 decades of being observant, by and large I’ve had positive, supportive and meaningful experiences. The rabbis that I am privileged to know are kind, sensitive, wise, and are good people who want to help others and serve the Jewish people.

Not surprisingly, the members of Makom have been consistently disappointed by rabbis, many even betrayed and abused by them. So if you want to come up with a horror story, the possibilities are there. While they still, thankfully, are the minority, unfortunately, fictional media usually goes with the horror stories.

Which is why Episode 2 of Season 3 of Shtisel was such a breath of fresh air. SPOILER ALERT

We learn that Ruchami and Chanina have not gotten pregnant in 5 years of marriage. We then learn it’s because Ruchami can’t safely carry and deliver a baby. Pregnancy will cause her body great harm, perhaps even death. She is so desperate for a child after 5 years, but she and Chanina have been told by their rabbi that surrogacy is problematic in Jewish law.
(This is not a clear cut issue. Orthodox rabbis from less right wing communities would rule more leniently.)

So Ruchami decides to takes matters into her own hands. She goes to the doctor to have her IUD removed. Now, doing this would obviously also be problematic in Jewish law, as we are not allowed to knowingly put ourselves into harm’s way.

Ruchami’s doctor does not want to perform this procedure to remove her IUD. So he calls her husband to let him know that his wife is not doing well, asking for something that will cause her harm. It is then that Chanina goes back to his rabbi, his rosh yeshiva, Rav Soleveitchik, to explain how dire the situation is.

Carrying and delivering the baby may kill Ruchami, but not having a baby is so mentally distressing that Ruchami is willing to endanger her life and the baby’s life to do so. The rabbi understands her mental anguish, and he is reminded of and quotes the anguish our foremother Rachel felt when she couldn’t have children. Rachel told her husband Yaakov, “Give me children, or I shall die” וְאִם־אַ֖יִן מֵתָ֥ה אָנֹֽכִ.

The rabbi is overwhelmed with the difficulty of the situation and says, “it’s a grave danger if she does, it’s a grave danger if she doesn’t.” Then he quotes Tehillim (Psalms) and says, “Deep calls unto deep,” which means one trouble calls the next one. The rabbi finished the verse, “all Your breakers and waves passed over me,” kind of the “the dam broke.”He uses emotion-filled Jewish texts to convey the seriousness of the situation.

Chanina pushes the rabbi further. He understands that surrogacy is not considered ideal, but in a time of great need, a matter of life and death, could the rav find a leniency to rely on? The rabbi confirms that this is a non-ideal situation and offers a supportive pat on the hand and these beautiful words, “In your current situation, the Torah does not exist outside of you, it is your flesh and blood. Therefore any decision you make will itself be the Torah’s guidance.”

In real life, I imagine the rabbi would officially say the words, “it’s permitted,” but hey, TV doesn’t get everything right.

But it got this moment really right. This is what great rabbinic leadership looks like. Kind. Compassionate. Knowledgable. Wise. We don’t often see Orthodox rabbis like this depicted, and it was wonderful to finally do so.

How Rosh Hashanah Shows Us a Path to Wholeness

Tehillim for Fallen Soldiers Brings Haredi and Secular Jews Together