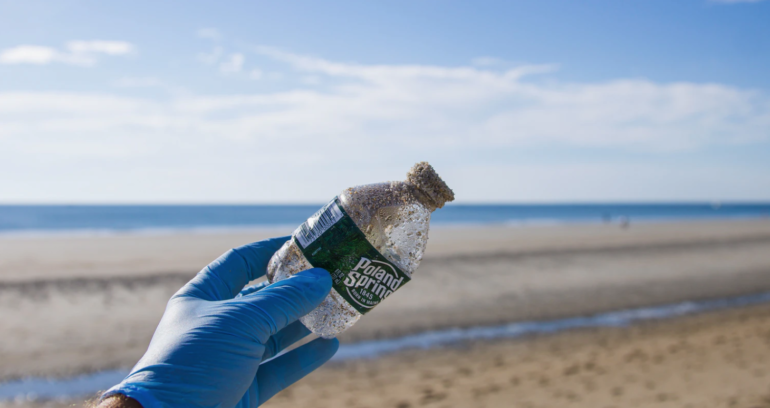 What Does the Torah Have to Say About Littering?

You recently wrote about keeping a clean house. What does the Torah have to say about littering?

The Talmudic tractate of Baba Basra addresses the responsibilities that neighbors have towards one another and a lot of these have to do with not polluting others’ property. This includes not only physical pollution but also air pollution and noise pollution. Examples include that things like residue from pressing olives and manure may not be placed within three handbreadths (about nine inches) of a neighbor’s wall (mishna 2:1), one may not open things like a dye shop or a cattle stall underneath another person’s storehouse (mishna 2:3), and a tannery must be distanced at least 50 cubits (about 75’) from a city (mishna 2:9). When it comes to the public domain, the rules include such things as the branches of a privately-owned tree that overhang may be cut so that a fully-loaded camel can pass (mishna 2:14) and one is not permitted to dig under or build a balcony that extends over publicly-owned property (mishna 3:8). So we see right off the bat that one can’t just do whatever one wants if it’s going to expose others to filth, noxious odors, noise or inconvenience.

The issue of pure aesthetics might be addressed by the Gemara in Baba Kama (6a). There it says that anyone who has permission to empty their drains into the public thoroughfare may only do so in the winter, but not in the summer. Rashi explains that the reason people may not empty their sewers there in the summer is because the streets are nice then and doing so makes them an unpleasant mess. Such is not the case in the winter when the streets are muddy and disgusting anyway. (It’s unclear if by “nice” Rashi is referring to the aesthetics or the condition of the roads. It might both, as these are not mutually exclusive. In any case, we see that one is not allowed to worsen the public domain.)

If there’s an area that’s designated for the public to dispose of trash, then it’s okay to add one’s trash to this pile but if it’s just a pile of litter dumped by other litterbugs, one may not add to it. Consider the precedent of Rabbi Yehoshua Ben Chananiah in tractate Eiruvin (53b). When traveling, he once took a shortcut through a field. While he was doing so, he was chastised by a young girl who said, “Hey, rabbi! Don’t you know that you’re walking across someone’s field?” He replied, “Look! I’m on a path that crosses the field.” The girl got the last word when she informed Rabbi Yehoshua, “That path was carved by thieves like you!” Along similar lines, just because others have dumped trash in a vacant lot, that’s not license for us to add to it. We may only dispose of trash in places actually designated for the purpose.

Another factor to consider is the principle of dina d’malchusa dina – the law of the land is the law. Aruch HaShulchan is explicit on this point. Choshen Mishpat 414 contains the laws of dumping in the public domain and, after sharing the rules as laid down by the Sages, the chapter concludes, “Be aware that in all these laws, if there are local government ordinances, then those government ordinances are the law” (414:5).

Finally, consider the following incident from the Talmud (Baba Kama 50b): there once was a man who was clearing rocks from his field by throwing them into the public domain. A more pious person observed this and asked him, “You base fellow, why do you throw stones from property that isn’t yours onto property that is yours?” The owner of the field mocked the pious man’s words as foolish and he continued tossing rocks from the field into the public domain. Some time later, financial reversals forced the man to sell the field from which he had thrown the stones. When he was walking in the public thoroughfare, he stumbled over the debris that he himself had thrown there. He finally understood the pious man’s meaning: the public domain belongs to all of us, and we are all responsible for its maintenance.

Sephardi Flavors That Ashkenazi Jews Can Enjoy on Pesach