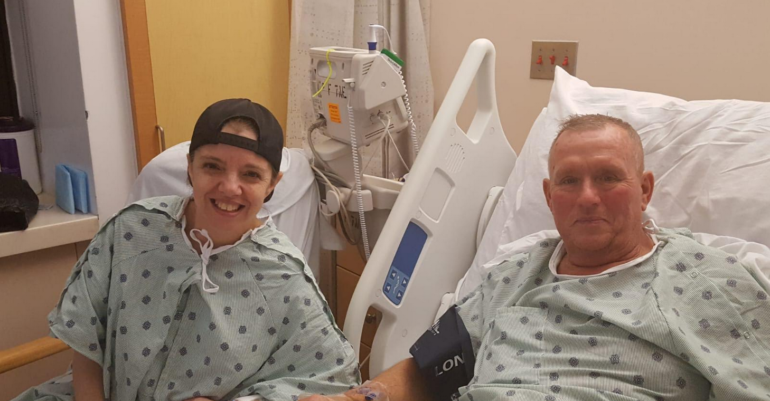 Cake designer and decor teacher Gitti Allman never expected to make the news when she signed up to become an altruistic kidney donor, but that’s exactly what happened when she was able to donate a kidney to Officer Anthony “Sonny” Silver, a 42-year veteran of the Jersey City Police Department, who was first on the scene at the kosher market massacre in December of 2019. Their “kidneyversary” was yesterday and the story has since become a sensation on local news channels. 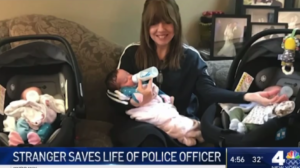 Their story isn’t just attracting interest by the show of good will from the Jewish community, but also for their incredible timing. “I was the last living donor before Covid hit. I literally went into the hospital in one world and came out to another.” While voluntary (albeit necessary) surgeries were halted then, they have since resumed. But then, the nurses and doctors were just figuring out what Covid meant. “I don’t think they fully knew what was happening. If anybody sneezed or coughed in the room the nurses went bananas.” While the lobby looked normal on the way in to Montefiore Hospital in the Bronx, everyone was “masked and socially distant” when Allman was discharged. While the press conference they were planning on having post-surgery was cancelled, they are now able to reflect on the circumstances that led them to the donation.

Five Towns resident Allman did not set out to be a kidney donor. “Somebody posted on a community chat that they needed a volunteer with B+ blood type. Only 8% of the population has it. I just answered, thinking that I was going to donate a pint of blood.” It turned out that the request was for a kidney donor instead. “The lesson is, you read before you click, but in this case, it worked out great.” Something about kidney donation intrigued Allman and she decided to go for testing. “They have to make sure you’re healthy enough to do it.” While the person for whom the ad was placed didn’t work out, “I just kept going with the testing.” 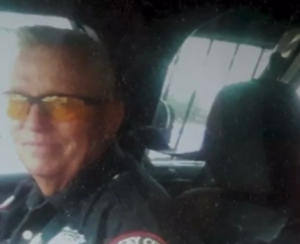 She was then given the advice to contact Renewal, the organization that makes altruistic kidney donation matches both within and outside of the Orthodox Jewish community. Before she reached out to them, she asked the hospital’s transplant coordinator if she had heard of them. The coordinator not only responded yes, but that the heads of the organization happened to be in the hospital at that moment. Allman was impressed with Rabbi Steinmentz and Menachem Friedman and decided to continue on her donation path. “The more testing I did, the more I wanted to do this. Most people go through their entire 120 years without the chance to save a life.” More than that, she says that most donors say, “If I had another kidney I would do it again,” due to how moving the experience is for them as the donor. “Any donor will tell you that we were given two kidneys. One is to keep and the second one is for sharing.”

While Allman should have been ready to donate in the fall, some of her testing took longer than expected. In January of 2020, Allman was finally approved to be a donor. “My plan was to go through Renewal who has a list, and there’s no jumping the list.” Although she was very private about her donation journey, she had confided in her good friend, Esther Wein. The same day that she was approved, Wein sent her a news clip showing that Officer Silver was in need of a kidney. Allman was floored. “I thought how am I ever going to find this man?” A few days later, she was in Orlando on Yeshiva Break with her family. “I don’t know what possessed me. I took my cell phone and I called the Jersey City Police Department. They told me what precinct to call. I never dreamt that we would match. I just wanted to let him know that someone from the Jewish community was going to offer him a kidney.” (While Allman was working on getting through to Silver in Orlando, some Jew in the City staff and board members also saw the clip and immediately tried to reach the officer to let him know that Renewal was there to help. Having partnered with Renewal in the past, we know the incredible work they do. While no one on our team was ready to donate a kidney, we wanted to do our part to help by sharing the information when we saw someone in need. We had no idea that Allman had had the same idea and we were absolutely thrilled when we heard the outcome of this heartwarming story!)

When Allman called the precinct, the lieutenant answered. When he heard why she was calling, he said, “Oh, now that’s gonna make a great story.” The man called Silver in his squad car and Silver thought it was a prank call. “He thought the whole thing was a hoax, but he called me back.” She told him how grateful she was for the part he played in saving Jewish lives. “I asked him, ‘What blood type are you?’ He said, ‘I’m B.’ I said, ‘So am I!’ Silver started going for testing. It turns out that his father was Jewish [and his family was] from Russia. Our DNA matched so well that according to the doctors, we could have passed for siblings.”

Rutherford, NJ resident Silver is the longest-serving cop in the JCPD, and while not-Jewish, believes in God and is always doing acts of kindness. “He gives out his private number to homeless people, junkies and battered women. He is what a policeman is supposed to be.” Silver was healthy until he was there to help in the aftermath of 9/11. He ultimately passed all his donation tests as well. With the surgery on track, Silver and Allman struck up a friendship on the phone. “One of the first calls I made to him, he sounded like he was a little distant. I asked, ‘Did I call you at a bad time?’ ‘I’m in the middle of an arrest,’ he told me. He didn’t want to hang up on me because here I was offering him a kidney! I told him, ‘Listen to me, you take care of the bad guy and call me back after the arrest.'”

As the donor, Allman got to choose the date of their surgery. With Pesach on the horizon and grandchildren due, “I told the hospital they had one week to schedule the surgery. Because of Covid, her speedy timeline is what allowed the surgery to happen at all.” After the successful surgery, the doctors encouraged Allman to get up and walk. She and her husband immediately headed to meet Silver. When they arrived at his room, Silver was on the phone. “He said, ‘I have to hang up, my guardian angel is here.'” They sat and spoke for a very long time. I got to ask him a lot about that day in Jersey City. He said that the main objective of the shooters was the school.” Allman remembers watching it unfold. “All the people were running away, but the cops were running toward the danger.” Silver said to her, “‘How am I going to thank you?’ I told him ‘You can continue your good work.'” When Allman’s cousin Aviva came to visit her after the surgery, she brought flowers for both Allman and Silver. “She introduced herself to him and said, ‘My parents were Holocaust survivors. Where my parents came from, it was not a given that the police would help them when they needed help. I want to thank you for helping my people.'”

After a colleague of Silver’s died, his daughter called Silver and offered him her kidney, not knowing how quickly his own match had come through. “This girl then followed through and donated her kidney in memory of her father. But not only that, [because of the way the matching system works] this resulted in four additional matches being made and saved five lives.” Silver shared this story with Allman to show her the reach of her kindness.

Renewal was with Allman and Silver every step of the way and when they brought food to the Silvers to take home with them, Mrs. Silver asked, “‘What’s with the bags of food?’ I told her, ‘This is what Jews do.'” Renewal also connected Allman with their WhatsApp group of female donors and donors’ wives. “If someone has a question, a kidneyversary. It’s a resource and we speak each other’s language.” The posts range from answering post-op symptom queries to simcha invitations. “It’s a lot of Chasidishe women. We’ve become a group of friends. A few months after I donated, my kids had triplets. This woman from New Square reached out to me privately to offer advice and help about multiples. It’s not just about kidneys, it’s helping in times of need.” Allman is grateful to Renewal for the opportunity, and even though she is to be praised, she shares that with others. “I am grateful to my husband and children for being so supportive and especially to Hashem for giving me the health and opportunity to be a successful donor.”

Editor’s Note: Many survivors of Covid now have kidney disease. Because of this, Renewal is now desperate for more altruistic kidney donors to be tested for matches. For more information, to donate or help in any way, please visit renewal.org.