Do Jews Who Leave Observance Primarily Do So Out Of Lack Of Belief?

As traditional media will tell you again and again, religious Jews who leave observance primarily do so because they are shrewder and more clever than their co-religionists. The community is mostly made up of patsies who can’t see past the theological garbage they’ve been indoctrinated by. But those of exceptional intelligence are able to free themselves of the worthless and outdated burden of religion.

I strongly disagree with this theory.

Now, I have not met every Jew who was once believing and committed to observance and then left, so I won’t speak for everyone (and I would place those who were marginally believing and observant in another category), but to date, after working with hundreds of disenfranchised Hasidic and Haredi Jews through our initiative, Project Makom, I have some theories about when intellectual challenges are manageable for a practicing Jew and when they push a person out of faith altogether. And I believe there is a Torah source which backs my theory up.

I don’t think that any intellectually honest person can pretend that there are no difficulties when it comes to faith in Judaism. There are many compelling reasons to believe in God and to believe that the Jewish people have a history and place in the world that defy logic and ultimately point to a Divine mission on earth. But there are also reasons to doubt.

Additionally, even when we do believe, there are challenging parts of the Torah and Jewish law. Sometimes what the Torah requires of us either now or historically seems to contradict another law. Sometimes the Torah way might feel immoral or unfair. How do we come to terms with that?

There is an enigmatic story told in the Talmud (Chagiga 14b) about four Mishnaic sages, which I believe is about Jews confronting the aforementioned struggles and how they handle it, which supports my theory:

The Rabbis taught: Four [Sages] entered the Pardes [literally “the orchard.”]. Rashi explains that they ascended to heaven by utilizing the [Divine] Name [i.e., they achieved a spiritual elevation through intense meditation on G‑d‘s Name] (Tosafot, ad loc). They were Ben Azzai, Ben Zoma, Acher [Elisha ben Avuya, called Acher— the other one — because of what happened to him after he entered the Pardes] and Rabbi Akiva. Rabbi Akiva said to them [prior to their ascension]: “When you come to the place of pure marble stones, do not say, ‘Water! Water!’ for it is said, ‘He who speaks untruths shall not stand before My eyes’(Psalms 101:7).” Ben Azzai gazed [at the Divine Presence – Rashi] and died. Regarding him the verse states, “Precious in the eyes of G‑d is the death of His pious ones”(Psalms 116:15). Ben Zoma gazed and was harmed [he lost his sanity — Rashi]. Regarding him the verse states, “Did you find honey? Eat only as much as you need, lest you be overfilled and vomit it up” (Proverbs 25:16). Acher cut down the plantings [he became a heretic]. Rabbi Akiva entered in peace and left in peace.

So there is a lot that I don’t understand about this passage, because it is extremely esoteric, but here’s what I do understand. The “pardes” these rabbis enter is not merely a physical orchard, though the word does translate to “paradise.” The letters of this word are an acronym which represent the four different levels of Torah understanding: pshat (simple reading), remez (deeper reading), drash (even deeper reading), and sod (the mystical reading). When these sages “enter” the pardes, I believe they are entering a realm of tension – a tension between different Torah truths existing simultaneously yet contradicting one another. How could multiple concepts, that are contradictory, all be true at the same time? And yet they are.

This tension causes one sage to die, the next to go crazy, and third to leave observance. Only one of the rabbis who enters the pardes leaves it intact – and that is Rabbi Akiva. How and why does he survive? The Gemara tells us he went “in peace” and left “in peace.” In Hebrew, the word for “peace” is “shalom” which is related to the word “shleimus” which means complete. Because Rabbi Akiva was a whole person, when he encountered challenging Torah ideas, they didn’t tear him apart. He could hold the tension and the challenges within himself, because of his solidness as a human being. He could remain a believer because his strong foundation allowed him to have room for uncertainty.

This lesson confirms what I’ve seen with numerous Project Makom members. Nearly all of them are survivors of trauma. Sometimes people don’t admit upfront that they’ve experienced trauma and sometimes they don’t even realize it themselves. Before starting this work, I saw abuse in simple categories: sexual abuse, physical abuse, neglect in the form not getting fed or cleaned.

Now I understand that there are more subtle forms of neglect and abuse: children not ever being made to feel comfortable in their own homes due to parents lacking the ability to properly bond and attach to their own offspring, children not feeling comfortable to speak freely and say their true thoughts out loud; children not having room for appropriate emotions at the appropriate time, or not being showered with physical, emotional, and verbal affection from their parents can have lifelong deleterious consequences on a human being. I believe that traumatic experiences when coupled with an intellectual mind is the perfect formula to push a person away from belief and observance.

What I’ve seen is that questions that tear our members apart are questions that I can wonder about philosophically, but don’t destroy me. And so this is the message I’ve given over to members time and time again: We always encourage people to ask. We always encourage people to be authentic about their questions and doubts. Many times we can provide intellectually satisfying answers. But sometimes we will fall short, and at that point, it may be time to consider one’s wholeness as a human being in terms of any foundational hurt the person may have experienced.

Why does the question of why people leave observance even matter? Firstly, the media should do a deeper assessment of the people they profile who have lost their faith. I believe they are missing a crucial common thread and more thorough research will tell a more complete story. Second, this could be helpful practical advice. I can’t claim that searching for and healing from past trauma will work in every case, but from our experience, from speaking to other professionals in this area, and maybe even from the Torah itself, this seems to be a reasonable theory that anyone looking to strengthen their shaky faith may want to consider. 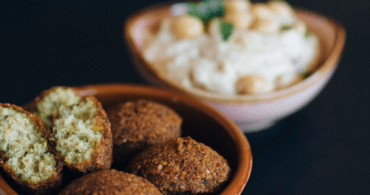 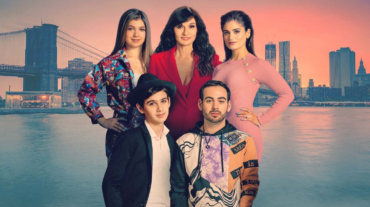 As Covid Spikes Around The World, These Orthodox Jewish Communities Are Keeping It At Bay