This Site Lets You Remove Inappropriate Content From Netflix, Amazon, & HBO For Free

Picture it: you’re watching a popular new show with your husband, but you’re not enjoying yourself because your husband is careful to not look at inappropriate content due to the mitzvah of shmiras anayim (guarding one’s eyes). This is an incredible mitzvah that considers the pain many women feel when their guy looks at other women’s bodies. You know this show has got some explicit scenes, so you spend most of the evening hovering over the pause button to make sure you don’t see any of them. You pause and skip ahead, missing an important plot point, and have to rewind it now. Your couple’s time relaxing with a show has done a number on your nerves and has taken all the fun out of movie night… But now picture a different scene: there’s a website that already has your pre-loaded Amazon Prime, Nexflix and HBO content ready to show to you… without the undesirable scenes!

Now you can just sit back, relax and enjoy the show. The innovative streaming filter service VidAngel is game-changing the way families, couples, and individuals who want to watch popular TV shows and movies, but without graphic scenes, can view content. By allowing the user to skip what may be considered distasteful content based on user preferences, profanity, nudity, sexual situations and graphic violence are all a thing of the past.

While being careful about not seeing explicit content is an Orthodox Jewish value, other conservative religious groups have the same goals. Founded by four brothers in Utah, VidAngel was originally created to sell films to users who could then choose to filter any element of the film considered objectionable, then sell back the video to VidAngel after watching it. However, due to legal concerns, the company restructured and now is a filtering service dedicated to movies and television shows currently available on Netflix, Amazon Prime and HBO. The company says, “We believe movies help change lives. That’s why we provide movies and TV shows to our customers in a personalized and inexpensive format.”

Users connect access to the streaming services through their own accounts directly to VidAngel. Users then personally choose filters for any segment of the content that they think is objectionable. Nudity, sexual scenes, profanity and graphic violence are among the choices that allow users to skip in their Netflix or Amazon content. Upon purchasing the content, the user also obtains the right for the filters to be applied. The content is pre-screened and VidAngel works to find up to hundreds of moments in films that can be filtered. For instance, the 2005 Pride and Prejudice has 65 filters available, while 2019’s Once Upon a Time in Hollywood has 525.

The company is vocal about not being a moral authority; rather, they want to provide a service that preserves the creativity of a content creator, while assisting the consumer’s right to access the content in a different way. They say that consumers have the legal right to do so, just as creators should not fear their work being censored publically. “Producers and directors should have the personal freedom to create whatever movies and TV shows they choose. We condemn censorship of their content in the public sphere. But individuals, in the privacy of their homes, should have the personal freedom to watch that content in the way they choose. That right is protected by law.”

While there used to be a monthly subscription fee to use this service, when Coronavirus hit and millions of people were stuck at home, they made the service free, but allow users who can afford the cost to pay it forward for others. VidAngel has also moved into creating their own content. Although some of it is Christian-based, the majority is not and includes a successful stand-up show. Dry Bar Comedy is filmed at the VidAngel headquarters and has developed a large following on social media. They approach their mission with a similar sense of humor. As their website says, “You have the choice to watch however the BLEEP you want. VidAngel is here to facilitate your personal choice.” 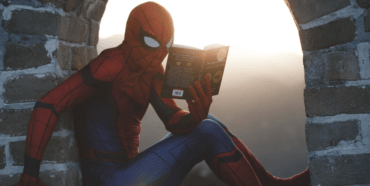 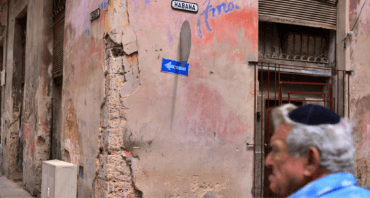 Jews Need To Not Be Afraid To Stand Up For Ourselves