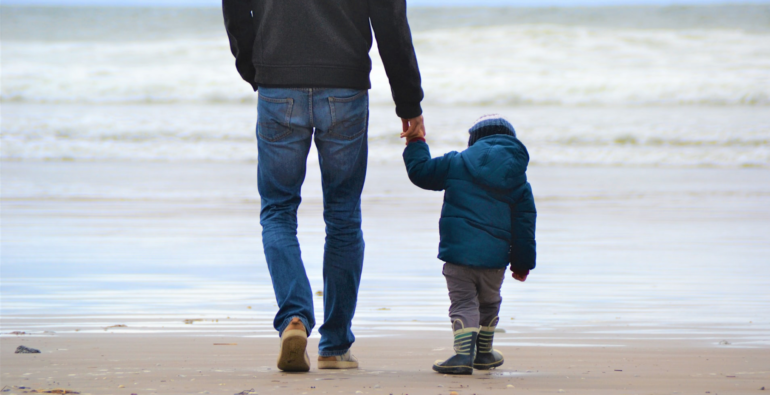 You Know The Talk Black Parents Have With Their Sons; You Never Heard Of The One Jews Have

By now you have likely heard how most Black parents warn their sons that one day they may have a run-in with police and that they will be more likely to end up hurt or dead because of the color of their skin. Black parents will instruct their sons to minimize conflict and confusion, so that nothing in the interaction gets escalated. It must be terrifying for a young Black boy to understand what he may be up against one day.

I didn’t grow up knowing about this horrible phenomenon, but it is important for the world to understand the Black experience so we can be more sensitive to it and find ways to reduce any inequality that exists in something as mundane as driving a car. Our world moving towards more understanding and compassion is a wonderful thing. Much of that begins when people who have experienced hardships because of their race, religion, ethnicity, etc. share their stories firsthand.

But I realized recently, with the uptick in antisemitic attacks and anti-Jewish content being promoted online, and the tepid response the world has to it (despite being outraged when any other minority is mistreated), that many gentiles don’t understand the Jewish experience well enough. And perhaps it’s because we haven’t properly explained what it’s like to be a Jew.

The confusion seems to be how Jews could be considered a minority and protected from hate speech when we seem to be doing pretty well. I recently touched on this issue when I wrote about the DeSean Jackson antisemitism scandal. I was speaking to a non-Jewish Black man about shared experiences of Jewish and Black people. We were explaining and listening. It was a very moving and meaningful conversation. And any time either of us spoke about something the other had experienced, there was a sense of building bridges and deepening our understanding of one another.

But he said there is one thing he just can’t figure out, “how could the Jews who pass as white have any oppression in the world today?” This is not the first time this question has come up, and perhaps it’s why there is less empathy for the Jewish experience if it seems like it is the “white experience.” In fact, in both white supremacist circles and the far left/pro-BDS circles, there is a canard of “Jewish privilege” and “white Jewish privilege.” Our enemies on both sides agree that white-passing Jews have it best. I explained that our lack of privilege is not in our skin color or our education or socioeconomic status – it’s in our security – or lack there of.

Which leads me to the talk that many Jewish parents have with their children, but no one ever discusses. I don’t mention this to claim that this experience is exactly like the Black experience – it’s not. But it is crucial that we explain it because it is not openly spoken about and it my hope that by sharing more about our firsthand experiences, more understanding will come about.

I had never even thought about it before as a thing because it was part of my knowledge for as long as I can remember, but after writing about how insecure we Jews feel in our position in the world, and seeing how many readers personally reached out to me to say this point struck a chord with them, I realized that I learned this information at a young age and it was verbalized to me in a conversation with my mother. I spoke to some Jewish friends who told me their mothers had a similar talk with them. It went something like this:

We are hated. We have always been hated. We have been thrown out of, persecuted, and murdered in almost every place we have ever lived. Things may be good here for now, but things were good at other times too and that changed. When Jews are hurt, we stand alone because Jewish blood is cheap.

Other people told me the talk included having passports ready at all times, in case we have to flee on the turn of dime. For Jews who are raised Orthodox, the talk includes being extra vulnerable due to their their dress and the Jewish institutions they frequent. Parents discuss what escape plans they can consider. For more modern Jews, a yarmulke can be replaced with a hat. For Hasidic Jews, there is no way to blend without making a drastic change. This is the most targeted group and members of this group have been attacked with increasing frequency in the last few years.

From an early age, I knew I was different, and I was called out for those differences by non-Jewish classmates, even though I went to public school and looked the same and dressed the same as everyone else. Today as a religious Jew, I feel a target on my back and on the backs of family and friends, as attacks on Jews who dress Jewishly and visit Jewish institutions have been climbing for the last many years and seem to be picking up again this week, with an assault on a man in New York and the mugging of 4 teens in Baltimore.

For every Jewish person reading now and thinking “What’s she talking about? My parents never sat down and formally told me this,” I’m going to prove 80% of you wrong. 80% of Jews attend a seder each year. A seder exists so that the story of the Jewish people can be passed down from parent to child. In fact, the seder is laced with all sorts of random things: like some fathers wear a kittel (a white robe) just so kids will ask why, we wash our hands before eating a vegetable (karpas), just so kids will ask why. There are the four questions recited by the kids themselves – to get the kids asking questions. The idea is to engage the younger generation so they know where they come from, and this is the story the children are told:

From the beginning, our ancestors were idol worshipers…so said the Lord, God of Israel, ‘On the other side of the river did your ancestors dwell from always, Terach the father of Avraham and the father of Nachor, and they worshiped other gods.

The words “On the other side of the river” describe where our forefathers came from in a literal sense. But it is more than a location. When the hagaddah (which is quoting the Torah) says “the other side,” it is the first reference of Jews as being “othered.” In fact this word “other” (ever) is such an essential part of our identity, it is the root of the word “Ivrit” – which means “Hebrew,” the language of the Jewish people.

But not everyone got that lesson, because you need to know some Torah to know the meaning, so here’s the part that is plain for everyone to see: in every generation [our enemies] stand [against] us to destroy us…“

People may not realize this, but as Jews, we live with the constant anxiety and fear that we or one our loved ones could be subjected to a random antisemitic attack at any time, as well as the notion that while the U.S. has been a safe and gracious home for us for hundreds of years, one day, yet again, the tides will turn, and we’ll have to flee.

As the world continues to correct the mistakes of the past, learn about the atrocities many minorities have had to endure, they should be sure to include Jews on the list. While many of us appear to be well-off now, we have been carrying this insecurity about our safety for thousands of years. We hope the good people of the world will make the effort to understand that while we may not fit the minority narrative they’re used to, that it doesn’t make our pain or fear any less valid.

Are There Leniencies Regarding Music During The Three Weeks In A Pandemic?