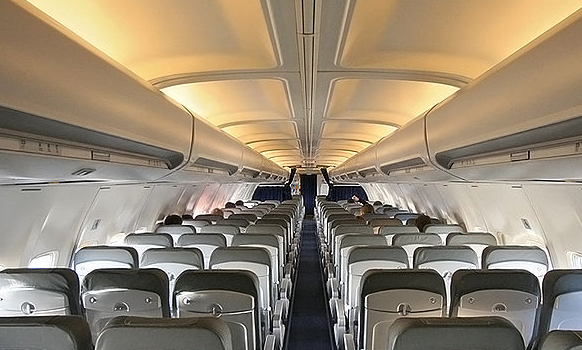 A few weeks before Purim, my husband and I booked a flight from Chicago to California to visit my parents. I figured I would take off the day from work for Purim anyway, so it made for a good opportunity to take a long weekend and say ‘hi’ to them. All was proceeding according to plan, but somehow we booked our tickets for Wednesday evening, erev Purim. The flight was at the exact time that would make it impossible for us to hear the megillah either in Chicago or in California. Oops.

We were leaving Chicago at the earliest time we could hear megillah and we would arrive in Berkeley far too late for anyone to want to stay up to read megillah, especially as there are only a limited number of people in the San Francisco Bay Area with a kosher megillah scroll and the ability to read it to begin with! We contacted everyone we could think of and even tried to hire a yeshiva student to meet us at the airport to read the megillah for us (either in Chicago before take off or late night in San Francisco after we landed)… all to no avail.

Monday night, just a couple nights before our flight, I felt like I wanted to give up. We had tried everything we could think of and had no idea what to do. We even looked into changing our tickets for $1500, which was not an option. At that point, I realized the irony of how stressed out I was over this, when the whole point of the megillah is to recognize Hashem’s hidden hand in our times of struggle. Besides, it’s not like we were going on a leisurely getaway, we were going to do the mitzvah of honoring my parents alongside the mitzvos of Purim. That snapped me out of it a bit and I said to my husband, “It’s Adar, the month when our mazal is extra strong. Something will work out.” We went to bed that night and actually slept soundly.

When we awoke on Tuesday morning, we were contacted by the airline. They explained that due to the storms happening on the East Coast, the airline was allowing anyone with a flight booked anytime Wednesday to reschedule for FREE (note: our flight was not actually canceled or delayed)! Perhaps even more miraculously, my supervisor had absolutely no problem with me leaving much earlier in the day, rather than after work as originally planned. Everything would work out with the megillah reading after all!

As we reflect on Purim, which comes from the root meaning “lots” (like a lottery), it’s up to us to decide how we view our lives: as mere lots (random chance, which can be stressful and make us feel powerless), or as carefully-planned events, designed to help us actualize ourselves in this world. Often times what we need most to achieve our potential is our ability to trust that the plan exists, even when we have no idea what it is.