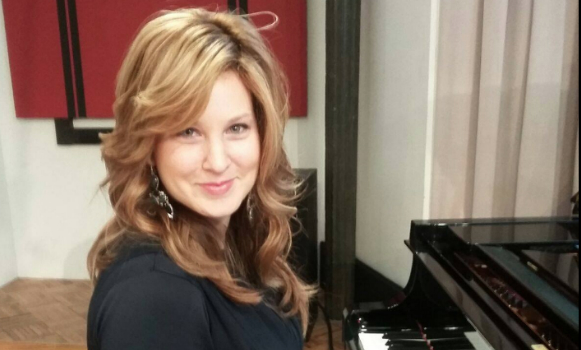 Sarah Dukes, a 33-year-old mother of five from Crown Heights, is the first Hasidic woman to be on the Grammy® ballot. She is currently on the ballot (as a potential nominee) for best New Age Instrumental Album for the 59th annual Grammy® Awards.

Born and raised in Charlotte, North Carolina, Dukes started weekly piano lessons at age six. She says, “You start taking lessons, it’s fun, exciting, and you practice. But the excitement wears off and you want to quit…that happened when I was 7 or 8. My parents [still] made me sit at the piano for 20 minutes a day…just exploring it. I realized that I could create my own melodies and sounds from the piano. [I wrote] my first song was when I was eight years old.” Dukes is grateful for her parents’ assistance. “[They] were extremely encouraging…and gave positive reinforcement for what I was doing.” Raised in a traditional Jewish home, Dukes’ family became more observant through her teen years. She composed as a hobby while taking formal piano lessons while attending a Lubavitch Hasidic high school in Pittsburgh. “We slowly became more religious…and the rest is history.” Thereafter she went to Stern College of Yeshiva University and has a Masters degree in Mental Health Counseling from Touro.

Dukes’ works by day as a Psychotherapist at Tikvah, while playing often. “I keep my music as a hobby because once it turns into a career, [there] would be pressure on me to compose certain types of pieces or in certain time frames.” While she does perform, “I consider myself more of a composer than a pianist. Performing does cause a little bit of anxiety for me, but at the end of the performance, hearing how much people are touched by my music…it makes it all worth it.”

While her compositions may not be typical, they are highly lauded. “Life Sometimes” was a winner in the Global Music Awards with a Silver Medal for Outstanding Achievement in Music in the New Age Solo Piano and Album categories. “I didn’t want to feel that I had been boxed in to any rules, to be free from not to stick to the theory of music. I want to…express myself however I needed to…and not have to analyze it and think ‘okay does this makes sense musically?’ It’s because of that that I felt insecure, but my friends, my family and the community, they loved it an encouraged me to play.” In addition, she was given the Akademia Music Award for best pop ballad for her song “No More” in 2015. Dukes’ album was #17 on Zone Music Reporter’s “Top 100 Radio Airplay” chart.

Despite this acclaim, Dukes wasn’t sure whether or not to submit her album to the Grammys®. She said “If you don’t submit it, for sure it’s not going to happen.” She found out a few weeks ago that it actually made it on the primary ballot. “Thousands of people submitted albums. In my category (New Age) there are 138 albums. The top five will receive a nomination onto the final Grammys® ballot.” The 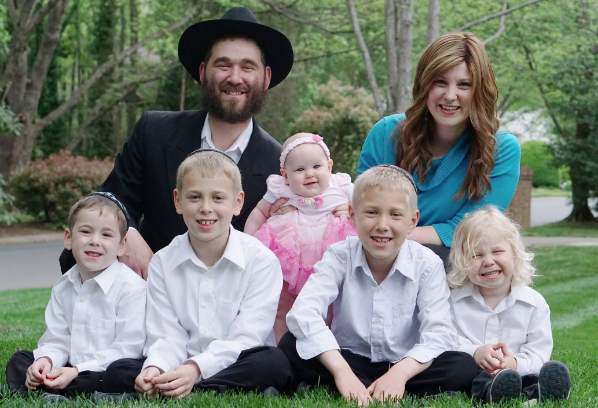 final ballots are announced tomorrow, December 6. The Grammys® themselves are in February.

With this new level of recognition, Dukes credits Hashem. “[I was] doubting [my] talent…this inhibited me for a long time in sharing my music… I ran into a quote by Leo Buscaglia: ‘The talents that God gives you are His gift to you. What you do with them is your gift to Him.’ I had fallen under what society dictates that unless you’re perfect…then your work is not respected, valued or appreciated. In reality that’s not true. People don’t need perfection, [they] are attracted to sincerity. They say that ‘words from the heart enter the heart,’ and my music comes from the heart…That changed my perspective. Hashem gave me this talent and by saying ‘its not good enough to share,’ it’s like saying that ‘the talent that Hashem gave me is not good enough and I’m not appreciative.’ Hashem gave all of us unique talents and abilities. He wants us to use them. It’s always scary to release a new song…because its sharing a vulnerable side of me. I have to remember that Hashem wants me to do this, that it’s meant to be shared. That’s what encourages me now.”

Dukes has advice for religious kids who may want to follow in her footsteps or otherwise pursue their dreams. “Surround [your]selves with people who are positive…who believe in you and what you have to offer. There are people who are very critical, no matter how good your stuff is. Even yourself. Most people are scared…to share a part of themselves. You need a supportive network of people who are going to encourage you and say ‘You can do this.'” She feels that creativity is a natural way for women to express themselves. “Women are creators…music, art poetry, films, design…that’s what makes us feel like we are giving to the world, to use our talents for that.”

Editor’s note: An earlier version asked if she was the first Orthodox Jew or Orthodox Jewish woman to be on the Grammy ballot, but she is not. We regret the error.

The Orthodox Jews Who Bring Cheer To Children of All Backgrounds