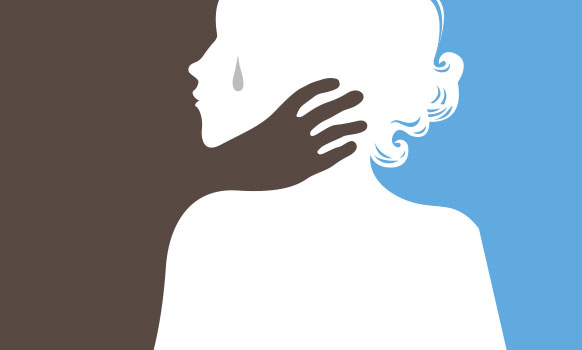 Does the Torah Permit Rape During Wartime, Including Modern Times?

I heard recently that an Orthodox rabbi said that Israeli soldiers are allowed to rape women in war. Is this true? If is, it is horribly upsetting! How could that be part of Judaism?

You’re referring to something that the new candidate for chief rabbi of the IDF is reported to have said in the past. It’s important to note that the IDF issued a statement clarifying that Rabbi Karim’s comment was “the answer to a theoretical question and not in any way whatsoever a question of practical Jewish law. Rabbi Karim has never written, said or even thought that and IDF soldier is permitted to sexually assault a woman in war—anyone who interprets his words otherwise is completely mistaken.”

The numerous articles I saw on the subject all included the IDF’s clarification, but buried it at the very end of the pieces. I don’t know what this rabbi actually said or meant, so I won’t conjecture, but I can explain what Jewish law believes:

Sexual assault is horrific, and the idea that it could even be even theoretically permitted in the Torah is very troubling. Thankfully, in today’s world, sexual assault is 100% forbidden by Jewish law. Unfortunately, in a very different era, thousands of years ago, the Torah permitted a way for a soldier at war to marry a woman in a city he conquered – against her will. As you will see, though, it went to great lengths to try to discourage this behavior.

The mitzvah called is isha yifas to’ar – “woman of attractive form” (Deuteronomy 21:10-14). In this mitzvah, a soldier in a time of war was permitted to abduct a girl (from the enemy) to whom he was attracted. He was supposed to give her a mourning period (of one month) for being taken from her family where she cries, shaved her head and let her nails grow out. The idea was that hopefully during this time where she was made less attractive to him, he would get over that initial urge he felt (the kind of raping-and-pillaging urge that came with many ancient wars), be able to think clearly, and send her back home. If he was still interested in her at the end of the mourning period, the Torah did permit him to convert and marry her, but it did not allow him to keep her as a servant, because even a captive from the enemy deserves human dignity.

Neither the Torah nor the rabbis specifically wanted this to ever take place. Rashi on Deuteronomy 21:11 cites the Talmud (Kiddushin 21b) that this mitzvah was only given to assuage a soldier’s yeitzer hara (evil inclination) in the hopes that having a permissible course of action would keep him from acting worse impermissibly. Rashi further cites the Midrash Tanchuma, which makes note of the context of the isha yifas to’ar, as follows:

The ben soreir u’moreh drinks alcohol and eats meat to excess, disobeys his parents in every way, and instead of listening to their rebuke, tells his parents what to do. He demands that they pay for his excessive lifestyle and when they don’t, he steals. The parents then must present themselves before the beit din (Jewish court) and inform it of their son’s iniquities. The Torah then instructs the court to sentence the boy to death.

The Tanchuma cited by Rashi explains the sequence of events: if one cannot control his passions, he may marry the isha yifas to’ar but we don’t recommend it. She will just end up being hated and the child of such a union will end up being a ben soreir u’moreh.

Now this is important: even though the law of a ben soreir u’moreh is in the Torah, the laws are so specific that the Talmud (Sanhedrin 71a) says that it was never carried out and never could be carried out; it is taught strictly for the lesson it imparts. If the Midrash says that the ultimate fate of an isha yifas to’ar is to become a hated wife and later to bear a ben soreir u’moreh, and there never was a ben soreir u’moreh, it would not be too far a stretch to infer that there never was an isha yifas to’ar either. (We can’t say this definitively but if there were any, it certainly wasn’t a common occurrence. We don’t see any examples of it in all the wars described throughout Tanach.) [What about Maacah, mother of Avshalom? See the note at the end of this article.]

So why have this mitzvah at all? The rationale underlying this mitzvah is that soldiers are going to behave a certain way in times of war. If we give them a permissible means, there is a possibility they will show restraint. This mitzvah – like the laws of sacrifices, slavery, polygamy, and many others – serves as a “halfway house” to wean us as a society off of undesirable behaviors and into a higher moral order. It is a means to an end, not the end itself. If the soldiers take the good advice not to take an isha yifas to’ar as a wife (though technically permitted), all the better.

But what about today? Is there any practical application of this law? Many mitzvos only apply under certain conditions – when the Temple is standing, when all twelve Tribes reside in the land, when there’s a sovereign Jewish nation, etc. The laws of warfare detailed in Deuteronomy – including the mitzvah of the isha yifas to’ar – generally fall into the category of things that are not practiced today. So isha yifas to’ar – which was always discouraged, even in Biblical times – is not even a hypothetical option in modern warfare. It’s prohibited in both theory and practice. (How may wonder about the Messianic era, but those days are promised to be an era of peace – “they will beat their swords into plowshares…nation will not lift sword against nation, nor will they make war any more” – Isaiah 2:4 – so I can’t see a law about prisoners of war becoming relevant even with the return of the Temple and sovereignty.)

Midrashim (and aggados – we’ll just call them all “midrashim” for convenience) are not always meant as literal history. Often (I believe usually), they are allegories, meant to illustrate moral lessons. Midrashim frequently contradict one another. For example, Midrash A says that Job was not a historical person; he was a fictional character created by Moshe in a parable. Midrash B tells how Pharaoh had three advisors, Jethro, Balaam, and Job, each of whom was repaid by God according to the advice they gave. If I accept Midrash A as literal (which I do), I can only accept Midrash B as allegorical.

So we have Midrashim that say (1) isha yifas to’ar inevitably leads to ben soreir u’moreh; (2) there never was a ben soreir u’moreh; (3) Maacah was an isha yifas to’ar. One cannot accept all three literally, as their conclusions contradict. I do not believe that the Midrash is making a literal biographical statement about Maacah. Rather, it is explaining how David (who was righteous) could raise a kid as rotten as Avshalom, who led an armed rebellion against him. Basically, this Midrash makes the same point that Rashi makes based upon the juxtaposition of topics, namely that a relationship based upon isha yifas to’ar is a bad idea and will lead to a messed-up family dynamic with kids who act out based upon that.

One can certainly accept the Midrash about Maacah literally – it’s certainly not as far-fetched as, say, Pharoah’s daughter stretching her arm like Plastic Man. If one does choose to take it literally, we have accounted for that possibility by saying that, even if isha yifas to’ar occurred, it does not appear to have been common. But the Midrashic comment is not a historical account.

(While we’re at it, Talmud Sanhedrin 21a says that David’s daughter Tamar was the daughter of an isha yifas to’ar – but there are many other opinions as to the relationship between Amnon and Tamar – full siblings, half-siblings, step-siblings – so, again, it’s not a lock. Also, the gemara in that very same piece says that Jewish women have neither armpit hair nor pubic hair, while I’m pretty sure Chazal knew they do. As always, one may take such statements as literally or as allegorically as one likes.)

What Does The Torah Say About Plagiarism?