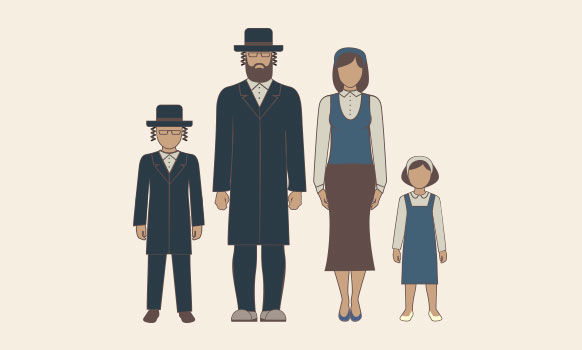 I’ve always been a music geek, and I don’t mean it in the new fangled we’ve-reclaimed-a-negative-in-order-to-make-a-positive sense of the word. I mean it in the old-school “loser,” “dweeb,” “dork” sense. (Is there a non-dorky way of saying “dork”?!) I always saw other kids – “cooler” kids – who were into music when I was growing up and wondered how they got to be that way. When someone would ask me what I was into I’d say something really lame like: “show tunes.” (True story.)

I always just figured that when I got older, like teenager-aged older, I’d magically wake up one day and be one of those music geeks (now I mean it in the positive sense) who was totally into this band and memorized all the words to that album, went to concerts, and was generally cool. But that day never came. (Incidentally, I recently met a woman who *is* one of those music people and asked her how kids “back in the day” became music experts. “Magazines,” she informed me. “Hmm,” I thought to myself. “Never got the memo.”)

So since I was a kid, my music taste has never extended to beyond whatever pop song is playing on the radio (and show tunes!). And because music has gotten to be more disgusting than ever, and I’m getting older, I stick mostly to lite radio stations when I listen to the radio. (Don’t judge me!) But there’s something I noticed recently: There are only like three or four songs that are allowed to be popular at once. I usually don’t even like these songs at first, but when they play again and again and again, eventually, I can’t get them out of my head. (Sometimes I’ll switch from one station to another and they’re both playing the same song simultaneously, and more often than not, it’s Taylor Swift.)

Same thing goes with fashion. A new style will emerge – like ankle boots from couple seasons ago – which I HATED at first. But after seeing them around again and again and again, I couldn’t help but start to like them. (I now own two pairs.) The power of trends got me thinking about the segment of the Orthodox Jewish community that specifically tries NOT to dress according to the latest styles.

I happen to be a person who likes to dress fashionably, and discovering that I could be modest and stylish was a big relief as I was becoming religious. Fashion is not the be all and end all of my life, but the shallow side of me appreciates looking put together and even a bit trendy. Once I learned that looking fashionable is allowed according to Jewish law, I never quite understood what the value would be in specifically looking unstylish. That is until T. Swift helped me realize something the other day as I was belting out one of her tunes as I drove.

There’s something kind of nice about not just changing what you like with every whim and new fangled thing that comes out. That’s not to say that there aren’t many modern advances made that we should adopt and learn from. But not every fad is necessarily a good one. The critics of the most seclusive parts of the Orthodox world are afraid that there is too much “control” from the top down. And I hear the concern – I believe that we should all live self-actualized existences and not make choices based on coercion or outside pressure. But, the question is, for those of us who do follow the trends, are we actually being controlled on some level too? And is it even more sinister if we’re being controlled without even realizing it?

I plan to stick to my trendy dressing and my lame music, but when the next fads appears, I may tell it “I knew you were trouble when you walked in.”

The Orthodox Jews Who Share Their Seats and Their Hearts