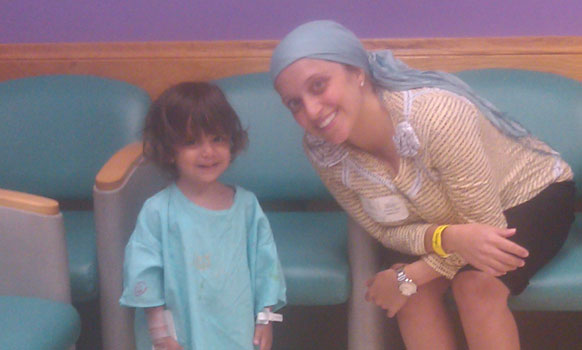 This Two Year Old Drowned, Then A Miracle Happened

On July 26th 2010, Charlene and Jonathan Aminoff went wave running with their sons (near their apartment in Miami) while their two year old daughter, Gali, napped by the pool with her nanny. When they returned from the outing, the Aminoffs were confronted with blood curdling screams. A man they didn’t know was holding a dead child: purple skin, clenched fists, blue finger nails.

Charlene remembers the deep pity she felt for the mother of that lifeless girl, but couldn’t shake the feeling that there was something familiar about her. As she slowly turned her head towards the lounge chair where Gali was napping, Charlene saw a shocking sight: their nanny was sleeping, but Gali was gone. It was at that point it hit her — her beloved daughter was dead.

Her husband Jonathan, a hedge fund manager who had been a volunteer for Hatzala (the Jewish ambulance corps) for twenty years, immediately began performing CPR. Jonathan later explained that with his decades of EMT experience, he could tell instantly who was beyond saving; Jonathan went through the motions of resuscitating his daughter to show his family that he had tried, but was certain it was for naught. As the building’s surveillance cameras later revealed (footage the Aminoffs still have), Gali was under (warm) water for three minutes and ten seconds.

In the midst of despair, as she prayed for a miracle, Charlene was struck with an idea: the Aminoffs were a traditionally observant Sephardic family, but there were many mitzvos that they had not yet broached, despite feeling the pull towards them. As a blonde Persian woman (who had modeled makeup for Chanel), Charlene’s hair was her crowning glory. But in that moment she decided that as a karban (sacrifice) to God she would offer her hair hoping to exchange it for her daughter’s life.

Finding a blue pashmina nearby (pictured above), Charlene began to wrap and wrap her beautiful, golden locks and promised Hashem that no matter what, she was taking on the mitzvah of hair covering. With an uttering of “sh’hechiyanu v’kiyamnu, v’higanu l’azman hazeh” Charlene’s hair was now covered. Jonathan looked up, realized what she was doing, stopped the CPR, and began his own dealings with God.

“For twenty years I volunteered for Hatzala,” Jonathan beseeched the Almighty, his hands shaking towards the heavens, “and never asked for a thing. I’m cashing it all in now. And I’ll give You twenty more years on Hatzala.”

A two year old girl had come back from the dead – her parents were beyond elated, but as the ambulance sped to the hospital, they feared the worst. Only time would tell how severe the brain damage would be. Upon arrival to the hospital Gali’s doctors began running tests as Charlene and Jonathan anxiously prayed and said psalms.

When the panel was complete and Gali had been examined from head to toe, the neurologists approached the Aminoffs in the waiting room. “We are people of science,” they began, “Science is logical. It follows laws, but there is nothing scientific that relates to your daughter. She is a miracle.” Charlene and Jonathan were then informed that there was not the slightest bit of brain damage, not a sign of water in Gali’s lungs, not a trace of gas in her blood. (Gali drowned on a Monday, rested on Tuesday, and was back in the pool on Wednesday!)

Jonathan asked the head doctor, “Are you Jewish?” The doctor unenthusiastically nodded “yes.” “Do you believe in God?” Jonathan inquired. The doctor looked at his colleagues, paused for a moment, and replied, “Now I do.” That doctor is an observant Jew today because of little Gali.

After they returned from the hospital, the Aminoffs learned more about the “stranger” who saved their daughter’s life. It turned out he was a neighbor and like them and most of the residents of their building, only visited his apartment intermittently to vacation. At the end of July in Miami, the building was empty. This neighbor rarely used the pool, but his schedule had freed up the morning that Gali drowned and it was such a lovely day that he decided to fit in a quick swim. There was no one at the pool when he arrived except for a sleeping woman (Gali’s nanny).

He did a few laps in the deep end and attempted to climb out using the deep end’s ladder (close to where he had left his towel), but the day before he had pulled a muscle in his leg and when he tried to ascend, it was too painful. The neighbor decided to use the pool’s stairs instead, and as he made his way to the shallow end, he saw an object at the bottom of the pool, next to the stairs. When he dove down to inspect it, he found a lifeless child. 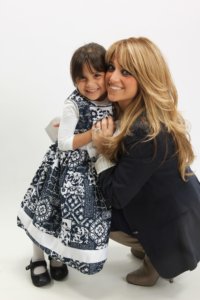 The Aminoffs were instructed by several rabbis to publicize the miracle. A nes so open and obvious is so rare in this day and age (as everyone here knows – we rarely see any reward for a mitzvah in this world, let alone an open miracle) the rabbis warned the Aminoffs it would “cost” them too much in the spiritual realm.