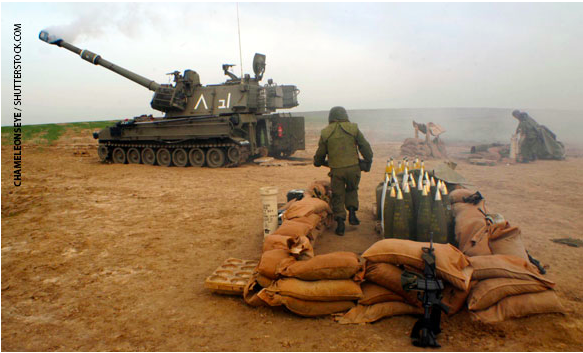 When my husband and I got married in August 2000 (happy almost anniversary to us!), we had a plan to learn Torah in Israel as a way to start our marriage off on a meaningful note. We first had to finish college and save up some money in order to make this dream happen, but by 2002, we were ready. Only problem was the Second Intifada was raging on in Israel.

Did that deter us? Not one bit. (OK, admittedly, we did feel a little nervous before we got there, but we plowed ahead with our plans and conquered our fears.)

As we were tying up loose ends in New York and preparing for our sojourn in Israel (the plan was to be there for one to three years – we stayed for two), I stopped off at a bank near my work (which was a couple blocks from Ground Zero) to close up our American bank account. When the teller asked me where I was going, I told her that we were moving to Israel.

“Israel?!” she exclaimed, “Are you crazy? With all the bombings going on over there?”

I smiled and gestured out the window, “Excuse me, ma’am, but do you remember those two tall buildings that used to be there a few months ago? Where is safe, anyway?”

Over our two year stay in Israel, countless Israelis were similarly flabbergasted that we’d chosen to come to a part of the world where there were regular suicide bombings and threat of Saddam Hussein’s chemical weapons attack was on everyone’s minds. But my husband and I would tell them over and over again “Is it not just your problem. We are Jews and Israel is our responsibility too.”

As the current war and Operation Protective Edge progresses, I see people talking about whether or not they should cancel their trips to Israel or postpone their plans for aliyah, and even though it’s a dozen years since we went (we plan, God willing, to make aliyah in the future), I got to wondering why it is OK (and even admirable) to go to Israel in the middle of a war from a halachic (Jewish law) perspective. So I spoke to some rabbis.

With most things in Jewish law, there is more than one opinion. There is certainly the camp that says that Israel, in times of war, is a makom sakana (a dangerous place) and we’re supposed to avoid a makom sakana – not because God can’t protect us but rather because we’re supposed to show God that we value our life and we’re not supposed to rely on miracles. (Incidentally, Wikipedia tells me that during the Second Intifada (which lasted five years) approximately 1000 Israelis were killed, which averages out to about 200 deaths a year. Wikipedia also tells me that traffic related accidents kill 290 Israelis a year. So, it appears that vehicular travel is more dangerous than war and it’s not like anyone is calling for an end to driving!)

Because war in Israel is not more dangerous than the regular risks people take, we can easily argue that travel to Israel during wartime is permitted. But how about those who consider it admirable? Besides the on-going mitzvah (and again, there are a range of opinions here) of living in the land of Israel (some say the mitzvah is Biblical, others say rabbinic), there’s an added mitzvah of conquering or protecting the land of Israel. And while civilians are not engaged in war on the battlefield, my rabbi noted that there is an idea of uplifting the morale of soldiers who are actively fighting. Israel needs a presence that sticks around in good times and bad times, and even though my husband and I were just two bodies in a sea of people, we did have the feeling of contributing to that presence just a little bit. And I’d like to think that with all the Israelis we shocked with our story of coming to Israel to be with them in their time of need, that someone repeated our story to some soldiers who were on active duty.

Obviously everyone has to do what’s right for them and speak to their own rabbinic expert in these matters, but if I had plans to go to Israel this summer, I wouldn’t cancel them. In fact, the more sirens that go off, the more I want to get on a plane to be there with my literal sisters and brothers(-in-law) and my extended sisters and brothers.

Where is safe, anyway?