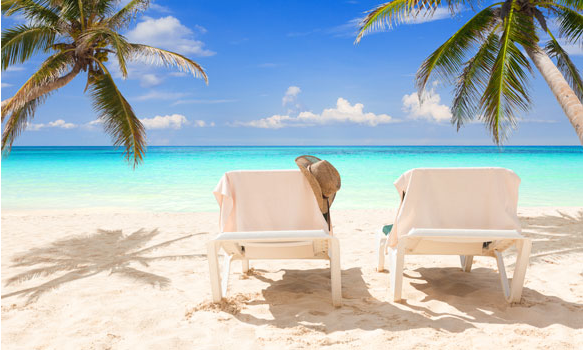 The Wall Street Journal has been very interested in Passover themed stories of late. A couple weeks ago I was quoted in an article about “Passover bagels” where the author wanted to know if eating foods that mimic chametz (leavened) is cheating. (Check out my answer and notice who was more lenient on the subject:  me, the Orthodox Jew, or a Conservative rabbi!)

Then, this week another article came out on affluent observant Jews and the high end Passover programs some of them attend. It was interesting to read this article since I was on a luxury Passover program myself as one of the featured speakers on Legendary Destinations. The author asks if it’s Passover or “spring break” and notes that for some, it’s both. I can’t speak for all Passover programs, but the program that I was on was nothing like the stereotypical debauchery filled spring break (and honestly, excessive or not, I can’t imagine that any programs are too much like “spring break.”).

Yes, it was in a beautiful location (the Westin Cape Coral – we woke up many a morning to see sting rays swimming in the water below!) and yes, as the article notes, there were cooking classes and day camp for the kids (P.S. – it was the first time my husband and I actually were able to relax on a vacation since we’ve had children which completely enhanced our simchas yomtov!), and yes, it is a costly vacation – especially for those coming in large groups (which observant families tend to have). But kosher food is more expensive than non-kosher food and kosher for Passover is more costly than regular kosher. Plus, many people like to take one nice trip a year, and when you’re taking off from work for Passover anyway, this is a perfect time for many people to take that trip.

But “spring break” this was not: there were Torah classes throughout, as well as several minyanim (prayer groups) each day. And when there was live music (Soul Farm and 8th Day were there), it was Jewish music and it was soul-filled music. At the beginning of the first concert when Soul Farm played,  the attendees were quietly bobbing to the music in their seats. The group was made up of Jews from all walks of life and locations. And up until that point the group had not really gelled. But then Soul Farm started playing “Yachad.” Its lyrics are “Together, together everyone will praise You through holiness.” And one by one two circles (one for women and one for men) formed and people started dancing. “Yachad” then morphed into “Am Yisrael Chai” – “The Jewish nation will live” and the grand finale was “L’shana haba’a” – the words we had just said at the seder “Next year in a rebuilt Jerusalem.”

As I looked up at the starry night sky, hand in hand with strangers, my spirit soaring, it was a very poignant moment for me. Sure, we were enjoying fine wine and chateaubriand, but there was something Bigger connecting us, something Greater uniting us. And I guess I wish the article had noted that for many people on these programs, they do see the bigger picture.

So often religious Jews are accused of being too restricted and limited, leading a life which causes poverty. But then on the flip side, if we enjoy ourselves too much, we’re suddenly shallow and materialistic. The truth is that in the Orthodox world (like in all communities) there are some who are poor and some who are shallow. But the goal is and has always been to enjoy the physical without being defined by it. (The Jerusalem Talmud says that we’ll have to answer in the World to Come for all the kosher pleasures we missed out on because God put them here for us to enjoy.)

An Open Letter To Hollywood Producers From An Orthodox Jew