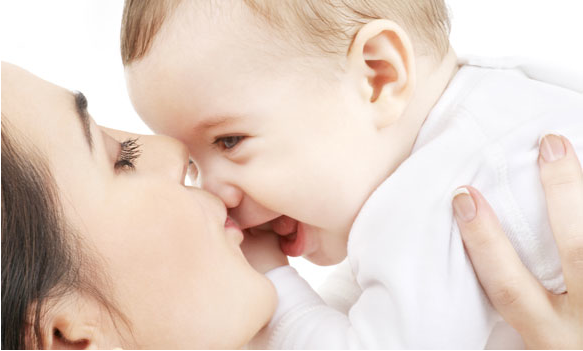 In Judaism, life is the most holy thing that exists; the Talmud teaches, “He who saves a single life, saves the world entire.” Twenty-five years ago, an Orthodox Jewish man named Jack Forgash read a statistic in the newspaper that troubled him: one in eleven pregnancies in Israel were ending in abortion. He wondered if any of the women who were aborting might have wanted to keep their babies if someone had been there to support them in their time of need.

So Jack decided to do more than just wonder. He created something that had never before existed in Israel: a network designed to help pregnant women in crisis. He found a social worker named Madelaine Gitelman, also an Orthodox Jew, and told her of his plan. Madelaine’s background had been in special-ed up until that point, but she was moved by Jack’s idea to be there for expectant women who had no one else to turn to. Shortly thereafter, Just One Life  (JOL) was founded.

JOL sees their mission as helping pregnant women in crisis make informed decisions. At JOL, these women are given financial and emotional support should they choose to keep their baby. When we spoke, Madelaine was clear that JOL’s mission is not to talk women out of abortions. It is simply the organization that pregnant women (who are on the fence about aborting) are referred to should they want to explore the possibility of continuing the pregnancy.

There is a particularly moving story about a couple named Rifka and Boaz (not their real names) whose lives were profoundly changed by JOL. The couple was from Ethiopia and made aliyah in 2007 with their five children ages eighteen, sixteen, eight, five and three. They were a wonderful family, but had a heart-wrenching secret: they had buried four of their children back in Ethiopia. Three had died of disease, the fourth due to unsanitary conditions. Even though they had five children who survived, Rifka and Boaz lived every day with a gaping hole in their hearts that got bigger with each child they lost.

Moving to Israel was supposed to be a fresh start for the family, and in 2012, when Rifka was 44, and their youngest was eight, the couple got some exciting and surprising news. Rifka once again was expecting. The couple was overjoyed until they spoke to Rifka’s doctor. Rifka suffers from chronic renal failure for which she takes medication, and the medication is counter-indicated for a healthy pregnancy; there was also a chance that Rifka could die during childbirth. Rifka’s doctor advised her to abort. Her husband agreed with her doctor, and they both tried to convince her to end the pregnancy.

But Rifka would hear nothing of it. She had already buried four of her children. How could she willfully bury another? (As an aside – Jewish law allows for abortions in certain instances, especially when the mother’s health is at risk.) Rifka was referred to JOL. As is their policy, the JOL staff does not try to sway the women who come to them to make one decision or another, they are simply there to provide the support for those who do not wish to end their pregnancies, and Rifka was adamant that she was not going to. JOL stood by her choice when no one else in the world would.

Rifka explained that this was going to be their first Israeli born child and a compensation for the babies that she had lost. The pregnancy was harrowing and there were a few close calls along the way, but Rifka is a strong and tenacious woman, and she never gave up hope that she had made the right decision. Rifka is not alone: The first year of JOL’s existence, eight babies were born to mothers who had worked with JOL social workers. The second year, seventy. And in the past twenty-five years over 13,000.

This past spring, Rifka’s determination paid off, and her dream came true. She gave birth to a healthy, full term baby boy and named him Ohr, which in Hebrew means light. Ohr is a delightful little boy that radiates light to all who meet him. His family is forever indebted to Jack, Madelaine, and everyone else at JOL who helped Ohr and over 13,000 other little lights get their chance to shine.

********************************
We are at that time of year when the Almighty is looking over the Book of Life which makes it the perfect time to help Just One Life AND JITC further their missions. JOL is teaming up with JITC and you can support two great causes at once.
Go to www.teamjustonelife.org to learn about exciting opportunities to run or walk in California or Israel, or give Team Director Pesach Sommer a call to learn more about joining the team. For every person that runs or walks on a Team Just One Life race, JITC will receive a portion of the money raised.
This post was sponsored justonelife.org. To learn how your organization can sponsor a post please visit our sponsorship page.