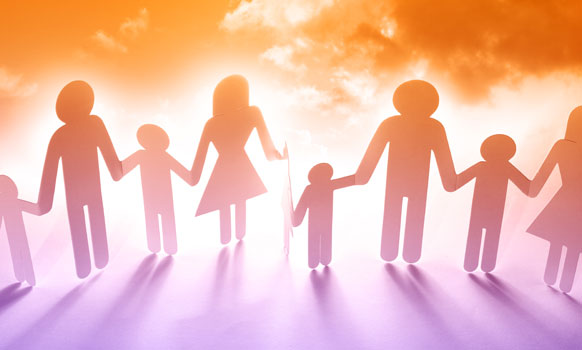 United We Stand: How We Can Unify Before Tragedy Strikes

“United We Stand.” These are words that comfort us when tragedy strikes on a mass level. The first time I remember this phrase being used was after 9/11, though some say its origins go as far back as Aesop. When we are attacked on a 9/11 in our current state of the Coronavirus pandemic, we instinctually feel the need to increase unity in the world. There is somehow a sense that unity is an antidote to destruction.

But hundreds of years before Aesop lived, the Torah was talking about such unity. In preparation for receiving the Torah, we are told “Vayichan sham Yisrael neged hahar.” That “Israel encamped there across from the mountain.” But the word “vayichan” (encamped) is written in the singular, when it would have been grammatically correct to have written it in the plural: “vayichanu.”  Rashi, a leading Torah commentator, explains that such phraseology is used in order to teach us about the state of the Jewish people at that moment. They were “K’ish echad belev echad.” Like one man with one heart. Complete unity: a state that was necessary in order for a people to experience the Divine – the Ultimate Unity – in the most profound way in history.

It’s hard to imagine that so many different people could have gotten past their differences – especially a people like the Jews who are famous for arguing! But then I think back to those moments right after the explosions on 9/11 and right after we went into lockdown. We’re all glued to the news waiting together, praying together, and I think that for a brief moment, we do get past our differences. We let go of our pettiness. The things that seemed so major before the world turned upside down become inconsequential as the magnitude of terror overcomes us.

The Jewish people, remarkably, were able to capture that level of unity without having to experience a mass tragedy immediately beforehand. Perhaps, knowing what was soon to come was enough for them to get past their bickering. But what about us? Can we add more unity to the world before tragedy strikes? Must we only stand united with one another after the blood of innocents is shed?

“With one heart.” As the Children of Israel encamped across from the mountain, even their heart – their thoughts, their opinions – were unified. Such a level of unity is nearly impossible for us to come by. I can write the most seemingly innocuous things online, and I’m always so struck by how some people interpret my words. I’m always surprised how people can be offended by something I meant to be completely harmless. And that’s because the person commenting is speaking more to his experiences in life than what my words actually said.

The world is full of very different people with vastly diverse backgrounds. The majority of us are decent and we want to increase goodness in the world, yet how that goodness will be achieved is something we can’t ever seem to agree on. For some, goodness can only be attained  through Liberal ideology. For Conservatives, Liberalism couldn’t be further from the truth. Pro-choice activists are certain that they are adding light to the world, while pro-lifers feel that theirs is the way to preserve goodness in society. Same goes for capital punishment, immigration, and Women of the Wall debates. How on EARTH could the people on either side of this aisle ever come together with one heart unless a tragedy strikes? It seems the differences are just too vast.

“Like one man.” There is not one singular component that makes up a man. Instead, a human being consists of a myriad of pieces moving in different directions, each serving a unique function, yet all ultimately working together. How can we tell that a man is “unified?” Because when his hand is hurting him, he won’t just hack it off. It might be causing him problems, it might be irritating him, driving him absolutely crazy, but he would never harm his hand because it’s part of him and a normal healthy person would never self-destruct.*

THAT is how we must treat each other in our disagreements. We can debate ideas, but we must never tear one another down. We must give each other the benefit of the doubt and not automatically assume the worst about each other’s intentions, words, or actions. We must forgive. We must grant second chances to people who have shown remorse. And we must be very careful with our speech. Words are the instruments that God used to create our world. Our words can build worlds or they can destroy them.

Words have always been powerful, but in the era of social media, our words have become more powerful than ever. We can spread the most hateful, venomous sentiments about another person to every corner of the earth, instantaneously, and we can do so anonymously! We can do so with no fear of repercussion as we assassinate another person’s character on a medium where everything is immortalized. We ARE one body, interconnected by a Godly essence running through each and every one of us. But we are sick right now, because we are a body that inflicts self-harm up until the moment that we realize we’re under attack from an outside force. And only then for a short time, are we able to band together and stop tearing each other down.

Now, that is a kind of unity that we should all stand for.

*The exception to this rule is if a limb is gangrene and begins to destroy the entire body if left untreated. When we come across people – whose sole purpose is to destroy the whole – then we must “amputate.”

Why Faith (Emunah) Is A Choice And Not A Leap

Chesed From A Chasid: A Lesson in Kindness From Satmar Chasidim