What Do Orthodox Jewish Kids and Teens Do for Fun? 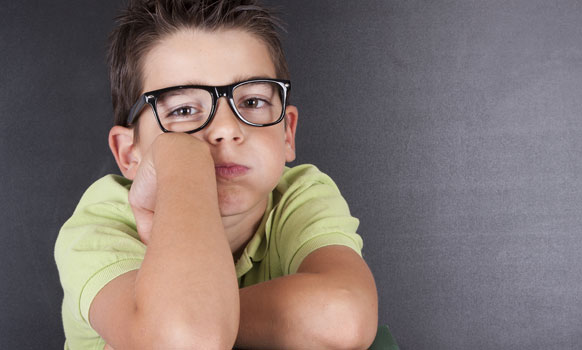 I am a 21 year old Jew born and raised in New Jersey.  I went to Hebrew school and had my Bar Mitzvah at a conservative temple.  My parents are secular, and I’ve been living a secular life.  Over the past three years in college, I’ve become close with a number of Rabbis at a local Orthodox youth organization on campus, and my interest in Judaism has grown significantly.  I’ve celebrated Shabbat with Orthodox families in an Orthodox community, and I’ve seen what appear to be very happy people — husbands, wives, young children, and children my age.
I’ve internalized to a certain extent what I know to be the mindset of a Torah life, and I feel like I understand where a lot of this happiness comes from. However, considering how grand and true I feel this happiness could be, I know I must continue to probe and question it for falsehood.  Recently, I’ve developed a question that I’m sure you can answer honestly.  What do orthodox children (aged 6-18) do for fun by themselves, with other children, and with their parents?  I only specify these ages because I assume children under 6 have fun with their parents and adults can live adult lives, but the people in between are often stuck with a lot of time on their hands, and this is when a lot of the more “sinful” fun-searching, identity-searching, and thrill-seeking occurs.  When I was younger, much of our family time was spent in front of a TV or at the dinner table, and my time with friends was spent watching movies, playing video games, playing sports, and, in high school, occasional drinking, smoking, and hitting on girls.  I’m sure my past and my living outside of an Orthodox community have much to do with my inability to conjure up possible alternative ways to spend my free time, but nevertheless I’m stumped.

Thank you for reading, and I look forward to your response!

I totally understand where you are. Looking from the outside in, you’re very moved by what you see, but at the same time you’re trying to figure out if you could BE one of those people since they still seem kinda…different. Before I get into specific ways Orthodox kids and teens spend their time, I need to clarify a point. Orthodox Jews are a more diverse group than you might realize. Although it seems like you haven’t been exposed to it yet, there are Orthodox kids and teens that do much of the stuff you grew up doing, but within a Torah framework. (There are unfortunately some Orthodox Jews who do things outside of a Torah framework, but for the purposes of this answer, let’s just stick with one could do within the boundaries of Jewish law.)

In terms of the “non-sinful” things you did, like watching TV and movies and playing video games and sports, all of these things could be done in a kosher way. There’s a divide within the Orthodox world about how to treat secular knowledge, media, and past times. There are some (those in the “ultra-Orthodox” camp) who believe that only specifically Jewish information and media should be consumed and there are others – people in my circles, Centrist  Orthodox, also known as Right Wing Modern Orthodox – who believe that as long as you’re discerning about the movies, TV, books, video games, etc., there is acceptable and even valuable  media and information that we can take from the larger world. (In terms of monitoring what shows and movies kids watch, our family, and many others in our circles don’t have a TV, but instead let our kids watch selected shows and movies on the computer.)

In terms of sports, Modern Orthodox kids and teens play tons of sports, they just don’t play on them Shabbos. (Ultra-Orthodox boys play some sports as well, but Chasidic boys generally avoid things like football and basketball. More on that later.) The only other halachic issue with sports could be modesty. So swimming is done separately, and for girls who take dance classes or gymnastics, once they reach the age of dressing modestly (in our circles, it usually begins around 5) they would only wear a leotard around other girls or women.

But how about the camp within the Orthodox world that doesn’t believe in partaking in much of the secular world? How do those kids and teens spend their time? To tell you the truth, I had to look into this issue myself because the friends and acquaintances I have who are “ultra-Orthodox” I usually only see on Shabbos, so I wasn’t exactly sure what down time during the week or vacation looks like to them!

I checked in with a Chasidic guy I know and this was his response: “Some enjoy [board] games, others recreation [I asked him to clarify what this meant and he said “art”], others museums, etc. I know parents who got musical instruments for their children to spend their leisure time on. Book reading [he’s referring specifically to Orthodox Jewish fiction books and magazines] and bicycle riding are also very common. Also keep in mind that in more Chasidish and Yeshivish circles, where families tend to be larger, children tend to spend a lot of time playing with (and taking care of) their siblings. During the summer, children commonly go to either sleep-away camp or a local day camp. In both cases, there are loads of activities and recreations, including swimming, sports, rafting, mountain climbing, and the list goes on.”

Something he didn’t mention, but that definitely goes on in all Orthodox circles, is volunteering. Many of the Jewish schools require the kids to devote a certain amount of time to “chesed” each week. So it could be helping a family with a sick or disabled child or helping a mom who’s got a lot of kids and needs an extra hand. In Lubavitch circles, the teens are involved with Jewish outreach, called “mivtza-eem” where the guys go around putting on tefillin on other guys who want to try it out and the girls give out Shabbos candles to women who are interested in lighting.

Let’s deal with the last point you made, though,  that kids between the ages of 6-18 are “often stuck with a lot of time on their hands, and this is when a lot of the more “sinful” fun-searching, identity-searching, and thrill-seeking occurs.”

First off, Orthodox kids probably have less time on their hands than kids from other communities. They attend schools with double curriculums, which means that the school day is extra long and that there’s extra homework to do at night (but on the bright side, they’re extra knowledgeable!)  Orthodox kids also usually come from larger families and are more occupied by more siblings than kids in other communities. And with a weekly Shabbos celebration that occurs in every home (plus holidays that occur year round), the whole family usually pitches in with cooking before and cleaning before and after Shabbos (and holidays). Then there’s Shabbos itself, which is a full of of eating (three festive meals), time spent in shul, Shabbos groups where there’s learning, games, and more eating. Then there’s family time. Families talk, take walks together, and play cards and board games.

The last thing I’d like to say about “identity-searching and thrill-seeking” is that not only do Orthodox teens have less time on their hands to get into trouble, on a whole – the ones who truly internalize Torah values – feel more secure about themselves and their identites. They believe their lives are purposeful and meaningful. They have God to turn to when times get tough and they have healthy self-esteem, as they believe that they were created in the image of God, are filled with a spark of Godliness, and that God is always watching them. These are VERY powerful deterrents from getting into trouble.

Good luck on your journey, Allen, and keep on reading!

The S&P Downgrade and Tisha B'Av: A Spiritual Lesson From a Day of Calamity