The Flipside of Suffering: The Jewish Way of Maintaining Joy in the Midst of Tragedy 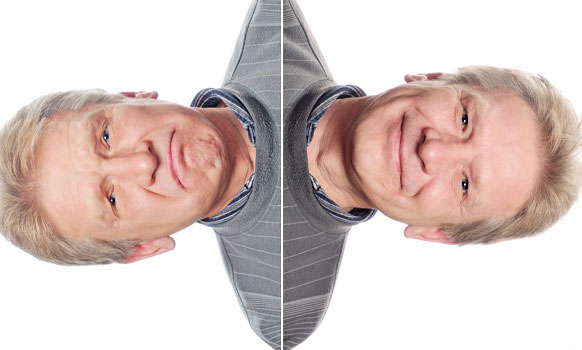 A couple weekends ago, smack in the middle of two international tragedies – the earthquake in Japan and the gruesome terror attack in Itamar – we found out about the death of our friends’ one-year-old daughter.

As if these events weren’t hard enough to grasp on their own, they all took place during the Jewish month of Adar – the month in which we are told that simcha (joy) increases!

But how can there be simcha at a time of great suffering? Perhaps, the answer is found within the lessons of Purim – the Adar holiday known for its joy. Before the Purim story took its fated turn for the good, it was basically like 1939 Germany, except that the Hitler of the time (Haman) announced to the world exactly when the Holocaust was coming, and that it would occur in a single bloody day.

With the kingdom of Achashveirosh stretching across 127 countries, there was literally no place for the Jews of that time to run or hide. The feelings of despair must have been overwhelming.

But then, Esther reveals her identity and Haman’s plot, and in an instant, the Jews go from having literally no control of their destiny to having complete control. In fact, if you look at the language of the megillah at the time of Esther’s revelation to King Achashveirosh, he tells her, “You may write concerning the Jews whatever you desire, in the king’s name, and seal it with the royal signet.”

Or in other words, take the stationery of the most powerful man on earth, write whatever you want about yourselves, and he’ll sign it – no questions asked! The people at the very bottom, in an instant, flipped to the top. (In Hebrew, we call this “v’nahafoch-hu.”) The guy on top (Haman), in an instant, was finished. And it all happened at the exact moment that Hashem willed it.

The most dramatic salvations in life often happen in an instant. A couple, who for years has been trying to conceive, in an instant, learns that they’re pregnant. A man, who’s been out of work for too long, in an instant can get a call that he’s been hired for his dream job. And in an instant, a woman who is at the end of her rope with dating, can become engaged.

The knowledge that hard times can turn around instantaneously, that Hashem is always with us, cognizant of everything, and acting for our benefit, is the source of increased simcha during the month of Adar. But in truth, Hashem is no different in Adar than He is in any other month. The only reason our simcha increases in Adar is because it’s easier for us to understand Hashem’s plan when life plays out the way we want it to.

So, as long as we understand that both simcha and suffering come from the same Source and are part of the same goal, simcha can exist in the midst of great suffering. But aren’t certain tragedies too final, you may wonder? Aren’t some things, like death, simply “unflippable” no matter how long we wait?

Judaism teaches that a time will come when even death isn’t permanent – a time when the dead will come back to life, when everyone will recognize God’s unity, and there will be peace on earth. I know it’s hard to imagine such a world as it would take nothing short of a miracle to get there, but when we remember that a condemned people, in an instant, prevailed over their enemies, we should realize that nothing is impossible in the hands of God and therefore no tragedy is insurmountable when approached with Purim simcha .