The nephew of popular TikTok creator My Orthodox Jewish Life, also known as Melinda Strauss, was subjected to horrific antisemitic comments when a video was posted of him wrapping tefillin. The video was viewed nearly 11 million times and the antisemitic comments it inspired are prevalent among the 14,300 comments on the video. Strauss’ nephew […] 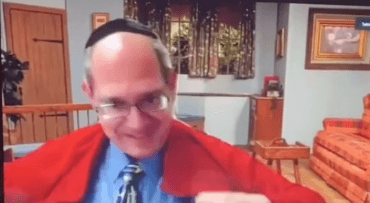 The Orthodox Jewish Professor Who Went Viral on TikTok

David Barman didn’t intend to go viral on TikTok and Instagram, but that’s exactly what happened when the Orthodox Jewish Business Law professor decided to make Zoom classes a little more interesting for his students at Florida International University’s College of Business. Barman’s use of different backgrounds, coupled with a few timely costume changes over […]