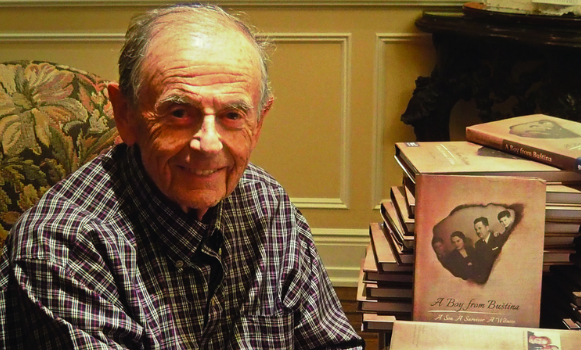 Who could look up at the sky in the midst of the hells of Auschwitz and take a moment to thank God for its beauty? A 13 boy named Andrew Burian who was raised in an affluent, modern Orthodox home in Bustina, which was then part of Czechoslovakia (now Ukraine). Andrew’s childhood was idyllic. His world […]

Two Hasidic Jews Prevent Suicide & Other Jews in the News

Right around when Mark Zuckerberg was founding Facebook, he went to a Purim party at the Harvard Chabad house and danced the night away with Orthodox Jews! Two Orthodox Jews Prevent Bridge Suicide – Two Hassidic Jews from Brooklyn are being credited with saving a 52-year-old  woman from taking her life on the Brooklyn Bridge this […]