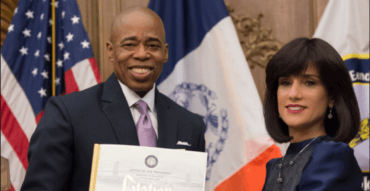 While the inauguration has now been canceled due to an uptick of Covid cases, before that, mayor-elect of New York City, Eric Adams had postponed his inauguration to after Shabbos. The ceremony, which traditionally takes place at noon on January 1st, was planned to be moved to the evening so that Adams’ many Orthodox Jewish […]

This Orthodox Jewish Ice Skater Will Represent Israel at the Olympics

19-year-old Hailey Kops is set to represent Israel in the 2022 Beijing Winter Olympics. The West Orange, NJ native is thrilled to be skating in the pairs competition. “It had always been a dream of mine to skate for Israel. As a Jewish religious girl raised modern Orthodox, I know that Israel is our home,” […]

I Was Ready To Throw Away Judaism, Then Makom Reconnected Me To The Deepest Part Of My Soul

It is early Shabbos morning. I’m relaxing on the couch with my ritual morning coffee, inhaling the steam, wrapping myself in the serenity of Shabbos. My siddur rests on my lap, awaiting my sacred time spent with God. Honestly, I carry God with me all the time, sometimes consciously and other times unconsciously. Sometimes I […] 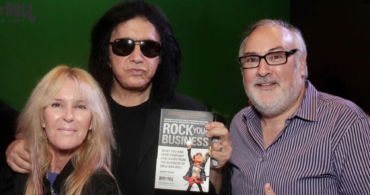 As the son of a Holocaust-surviving cantor, David Fishof spent his childhood surrounded by Jewish liturgical music. Then as a young adult, he added in rock ‘n roll. Fishof grew up in Hackensack, New Jersey and attended Breuer’s Yeshiva in Washington Heights. “I had a brother Joey who was a graduate of Yeshiva University. He […]

What is Cholent and Why Do Jews Eat It?

Dear JITC- Mayim Bialik just mentioned cholent on Jeopardy. What is it and why do Jews eat it? Thank you, A Dear A- Thanks for your question. Cholent is a form of stew traditionally eaten at the Shabbos afternoon meal. The reason for it is comparable to the reason for lighting Shabbos candles. Exodus 35:3 […] 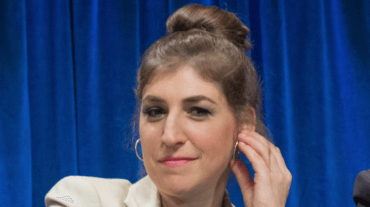 A question about the Shabbos staple delicacy cholent stumped Jeopardy! contestants this week, and observant host Mayim Bialik helped explain the answer. As the $400 “Sabbath” category clue presented was a photo of the traditional slow-cooked stew, alongside the following: “Exodus 35:3 bans doing this on the Sabbath, hence the Jewish dish ‘cholent,’ which can […]