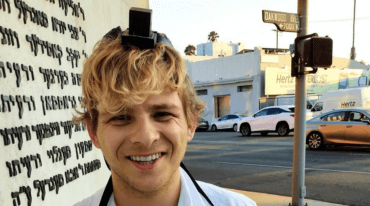 Antisemitic Attacks have been rampant in the United States, especially since this past May, when the Israeli-Palestinian Conflict had an escalation. But former child star of the 1996 Tom Cruise film Jerry Maguire, Jonathan Lipnicki, is putting himself in the line of fire to protect his fellow Jews in Los Angeles. He is utilizing his […]