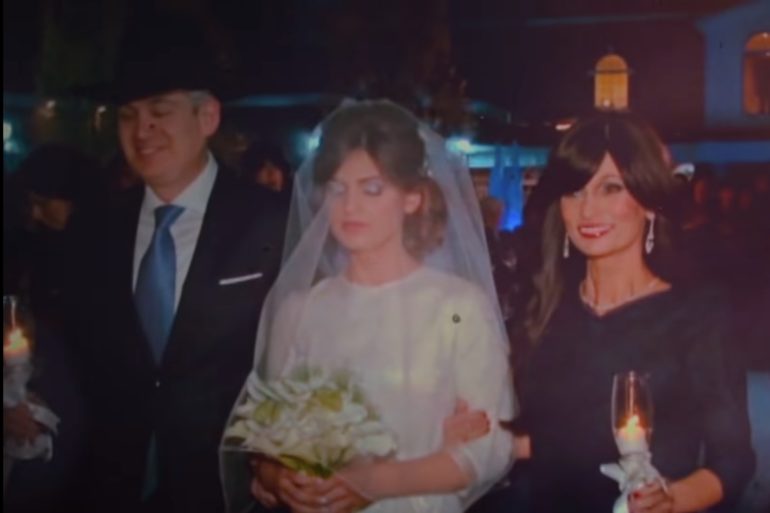 “My Unorthodox Life” Begs The Question Why Some People Leave Observance

There are problems in the Orthodox Jewish community and there are challenging Jewish laws and sections of the Torah. Episode 1 of Netflix’s My Unorthodox Life basically lays out all of the major issues in Orthodoxy in the first 5 minutes of the show, just to make sure no one misses them!

In this article, we address these topics one by one, as systemic issues need to be faced and fixed (which is what we do in our Tikun branch) and challenging laws need to be understood with the complexity they deserve. Certainly not all families, schools or communities approach difficult texts with nuance or difficult mitzvos with understanding or allow room for varied opinions. And these things can certainly make Judaism unappealing to some. But extremism does not seem to be the impetus for Julia Haart’s unorthodox life.

Haart does not come from an ultra-religious family or community. Numerous people who know her personally have written in to make sure we understand this. If you look closely at her past pictures in the show, she is dressed in modern clothing, makeup, and heels in every one. She taught at a modern Orthodox school in Atlanta and her students have told us that she regularly carried around Vogue. Her ex-husband is an Ivy League grad who is the CEO of a tech company, despite Haart telling the New York Times that she had no radio or magazines in her house (do journalists fact check any more??). Yet something pushed Haart out of her community, and many people are wondering what that is.

While I do not know this woman or her family personally, for the last six years through Jew in the City’s Makom branch, we have worked with hundreds of former and questioning haredi (ultra-Orthodox Jews), and their stories have given me tremendous insight into the phenomenon. When I launched Makom in 2015, I assumed it was the strictness of the community that was pushing people out, and while that is certainly a big issue, that alone does not seem to be the case. There are plenty of happy people living strict lives who have no desire to leave or change, and others who want something a bit less strict and find a more moderate, but still Orthodox, communities.

So what is most common cause for leaving (at least according to the people we’ve dealt with)? What we have discovered is that nearly every person who comes to Makom has experienced trauma coupled with lack of secure attachment. Trauma we hear about all the time – emotional abuse, physical abuse, sex abuse, neglect, religious trauma.

But lack of secure attachment is talked about less and occurs due to childhood emotional neglect. Not enough is known about this topic, but I encourage everyone to learn more. At Makom, we are reading an incredible book on this subject called  “The Emotionally Absent Mother,” and numerous members have told us this book is so on point that they had to stop reading it or throw it against the wall because seeing their story in the book was too painful and overwhelming.

People who were emotionally neglected were missing crucial foundational pieces of their development which stay with them the rest of their lives, even if they have loving parents. Parents who try to do right and good by their children can fail in serious ways without realizing it. Emotionally neglected children may not have had: a safe space to voice their true opinions and feelings, a sounding board to help them process their emotions, the sense that they are unconditionally loved, the knowledge that someone in the home will always be there for them, enough physical and emotional affection, the sense that they are cherished and delighted in.

The talk of “my way or the highway” that Haart references in episode 1 is a message to a kid that she is not unconditionally loved unless she follows the rules. Questions being silenced is another problem Haart references in episode 4, which can lead to lack of secure attachment because a child feels like she can’t speak her mind. Then there is the helping with younger siblings and being the surrogate mother to her siblings, which Haart references in episode 6. If Haart experienced having to be the mother to her siblings, wiping their noses, it’s likely because she did not feel like there was enough of a parenting presence in the house. Interestingly, when Haart got divorced, she chose not to go back to her maiden name Leibov, but rather came up with a new name – Haart – another possible sign of insecure attachment. And finally, when a person experiences childhood emotional neglect, she carries a hurting inner child with her everywhere she goes unless she does inner child work. Julia told the LA Times in an interview, “I’m like 50 and 8 at the same time.” Perhaps this is a recognition of her inner child which never had its needs met.

Children who experiences trauma, but have no secure attachment will likely not have a parent emotionally available to help them process the pain they went through, compounding the trauma. Lack of secure attachment leaves a person feeling adrift his whole life, feeling as if he doesn’t belong where he is from. How fitting is it that we named our branch “Makom,” which means “place” for these drifting souls who come to us? Jasmin Lee Cori, author of “The Emotionally Absent Mother” writes that according to one study, 38% of people in the U.S. lack secure attachment. In secular families, this might manifest in carrying around lifelong sadness, acts of self-harm, eating-disorders, suicidal thoughts, all sorts of identity changes, and a host of other mental health issues. In religious ones, it would be all of those things, plus leaving the religious identity.

Before I watched My Unorthodox Life, my guess was that Haart was missing secure attachment and had experienced trauma somewhere along the way, and in one interview, she explains that before she left she was suicidal and was starving herself, possible responses to trauma. Haart’s inappropriate sexual conversations with her children and pretty much everyone else she meets could certainly be another sign of trauma. Then at the end of the first episode, her oldest daughter Batsheva tells Miriam, “We did not grow up in a house where we saw a loving relationship.” When you meet their father, he seems like a very loving and reasonable guy.

A person suffering from lack of secure attachment and trauma might not be able to give or receive love. And anyone in a loveless marriage would feel trapped, despondent, and eager to escape. Stories of lack of secure attachment and trauma are deeply painful. This is not about assigning blame because none of us actually know what happened, but rather understanding that stories like these (in our experience) are almost always rooted in a psychological component.

Dysfunctional patterns in families are hard to break out of and hurt that occurs in early life stages will lead to hurt in later stages if it’s not bravely faced and dealt with. But it is a shame that rather than acknowledge that Haart suffered from difficult experiences, and perhaps harmful relationships at the hands of unhealthy people, that are found in every community, the Orthodox Jewish community is being dragged through the mud in this ordeal. I wish these hurting people healing. And I hope that enough viewers will take to Google after they watch the episodes and have the savviness to unpack what they are watching.