Where You Could Catch a Minyan During the Revolutionary War

The ability to practice Judaism freely has existed since our nation’s founding. The Fourth of July, aka the birthday of the United States of America, is always a great occasion to remember our blessings in being able to live in the “Medina Shel Chesed.” If you happen to come by a time machine, here are the places where you could have davened in July of 1776. (While we can’t speak for any pop-up minyanim that existed back then, these Orthodox* shuls were well-established by the time the Colonists declared their independence.) 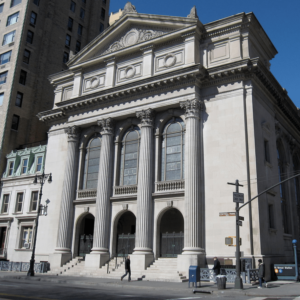 Founded in 1654 New York City, Shearith Israel is the oldest congregation in the United States. It has moved locations a few times but its current building was built by 1897. Its sephardic founders were 23 Spanish and Portuguese Jews from Dutch Brazil, who sought refuge to New Amsterdam. Their welcome was not a warm one, and the Director of New Netherland, Peter Stuyvesant, was a known anti-semite. They were officially given permission to settle a year later, but continued to face discrimination. In 1730, they were finally able to build a shul in lower Manhattan, which supposedly had access to a nearby spring for use as a mikvah. Since then, they moved locations four more times until settling in their current location. 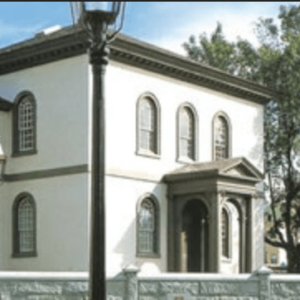 Prayers in Newport, Rhode Island were conducted in private homes from the time the kehilla formed in 1658, until the Touro Synagogue (as its now known) was founded in 1759. Jews abandoned Newport for the majority of the 1800s, and Congregation Shearith Israel took over ownership, before it reopened in 1883 for the use of Ashkenazi Jews. 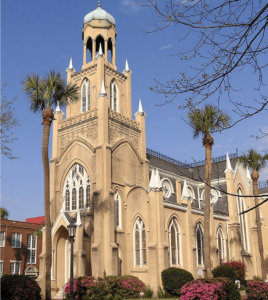 Forty two of London’s population of Spanish and Portugese Jews emigrated to Savannah, Georgia in 1733, months after the colony’s founding. Congregration Mickve Israel was created two years later. The congregation, then known as Kahal Kadosh Mickva Israel, was made up of former members of London’s wealthy Bevis Marks Synagogue, whose 6,000 members subsidized the Jewish colonists. Onboard their ship was a Sefer Torah, still used on Yomim Tovim at the now-reform synagogue. In 1742, many Sephardi Jews fled Savannah, fearing the Spanish troops that landed nearby. In 1774, the congregation was officially re-established. During the Revolutionary War, no formal prayer services were held publically, although they were reestablished soon afterwards. In 1878, they dedicated the current building, a rare example of a synagogue in the Gothic style in historic Monterey Square 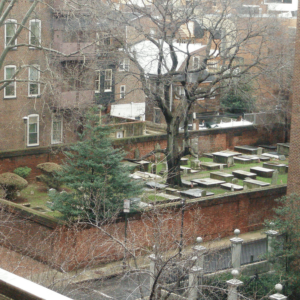 When enough Jewish residents of Philadelphia required a cemetery in the 1740s, Mikveh Israel was organized. The Province of Pennsylvania and Thomas Penn created a burial ground, and a congregation was formed soon after, having organized themselves informally until this point. In 1761, a Torah scroll was acquired, and ten years later, the shul’s first Shabbos services were held. In 1775, Philadelphia was home to approximately 300 Jews out of a 35,000 person population. Among its members, Mikveh Israel counted Jonas Phillips, the Gratz family, and Haym Solomon, who was the chief financier for the Revolutionary war. Gershom Mendes Seixas left Congregation Shearith Israel in Manhattan when the island became British occupied. He moved to Philadelphia where he led Mikveh Israel. 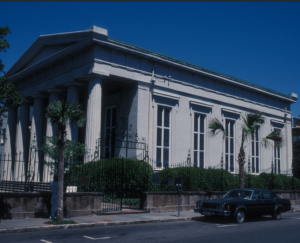 While Charleston, South Carolina’s Kahal Kadosh Beth Elohim might meet in an 1840 Greek Revival synagogue, it was originally founded in 1749. The shul’s founding members were Spanish and Portuguese Jews who fled the Inquisition and arrived in Charleston from London. The synagogue uses Portuguese pre-inquisition minhagim. While the congregation is sometimes considered to be the originator of Reform Judaism in the United States, at the time of the Revolutionary War, it was home to Orthodox Jewish prayer services. 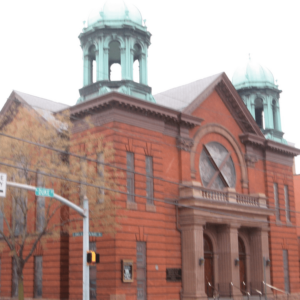 With the fourth oldest Jewish burial ground in North America, this Lancaster, PA congregation started in 1740, when Joseph Simon and his relatives started the Jewish community. Using a room in his house as their minyan, he bought two sefer Torahs from Congregation Mikveh Israel in Philadelphia, and brought in kosher butchers. Along with his friend Isaac Nunes Henriques, in 1747 he purchased the land for the cemetery, which is still in use by the congregation and still has five matzeivas from the colonial period. Although the Jewish community left in the early 1800s, it has since returned. The congregation is now reform and still quite proud of its unique history.

*By “Orthodox,” we are referring to synagogues running in a halachic way by the Sephardic Jewish community that settled in the U.S. hundreds of years ago.

What Does Judaism Say About Wearing Fur?