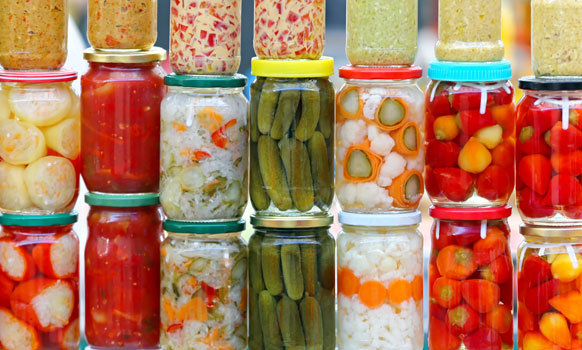 There’s been a strange smell in our kitchen pantry for some time now. I’m not proud to admit it, but it’s been nothing short of an olfactory nightmare. My husband and I have searched for the stench many times to no avail. Odors do have a knack for being hard to trace, after all. We’ve taken food out, given each package the sniff-over and nothing. No one item seemed to be the culprit and yet the smell has remained.

But this morning, my husband – after weeks of searching – found the smell offender. It was in a small Zip Loc bag and at this point looked like a liquid. (Although if you think about it, it really might have started out as a solid, with the laws of food decay and such.) I don’t know who put the bag – whatever was in it – in the pantry originally, but with four small children in my house, I maintain that at least one of them is guilty until proven innocent.

And now that the bad smell has been reduced to just a bad memory, it got me thinking about how good it is that rotting food smells. Because if that little bag hadn’t been stinking up our pantry, we never would have known to look for it in the first place. But when it comes rotten traits and habits within ourselves, these sorts of things have a way of remaining much more inconspicuous.

Which is why this whole business of New Year’s resolutions seems like a pretty bad idea, in my opinion. If you only took stock of your fridge or pantry once a year to throw out all the spoiled stuff, you’d be left with a pretty gross mess. Yet the American way, with New Year’s resolutions, is to only introspect and make goals for ourselves with that same level of infrequency.

Judaism, in contrast, believes that a person should do a cheshbon ha-nefesh literally, a calculation of the soul – on a daily basis. We begin each day with a one line prayer called Modeh Ani which reminds us to be thankful of the fact that we have been given a whole new day, and that we have the responsibility to make it count. Then before bed, there are a series of prayers, including the Shema, where we review our day and our actions, forgive those who have wronged us, and think about how we can improve ourselves just a little bit more tomorrow.

Such a regiment certainly requires effort and consistency. But if you’re the type of person who would be too embarrassed to admit that you let some food in your pantry go rancid, and would resort to blaming it on an innocent child, surely you’d want to be extra diligent about your own actions and character traits. Because if you think about it – there’s no real way to pass the buck if the only thing that stinks is you!

What Happened To The Lost Tribes of Israel?

Why Do Orthodox Jewish Women Wear Wigs (If They Look Better Than Hair)?