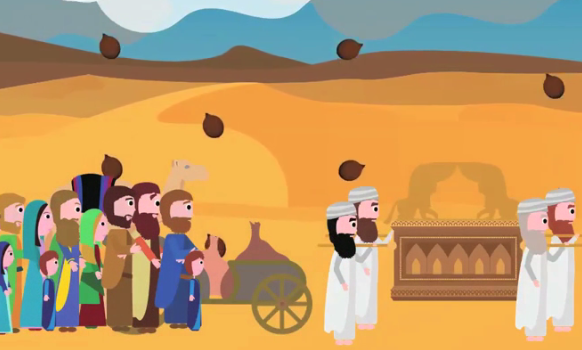 Aleph Beta’s Guide to Parshas Beha’alotecha: Where It All Went Wrong

In this week’s parsha, we reach the tipping point, where the nation of Israel begins their downfall, leading to 40 years wandering in the desert before being allowed into the land of Israel. What happened? How did everything fall apart? Rabbi Fohrman explores this question with the backdrop of the garden of Eden, explaining that this week isn’t the first time God has given us food from Heaven, and we have rejected it.

This video was produced by Aleph Beta, which seeks to help people get to the heart of what Torah is all about. Through a willingness to question and take a deeper look at our sources, Aleph Beta helps people find their place in a story that has been told for thousands of years. Bringing new methods to a very old tradition, we’ve attempted to make each video surprising and exciting.

To watch this and other videos please visit AlephBeta.org. For a limited time, Aleph Beta is offering subscribing Jew in the City readers a 15% off coupon with code: JewInTheCity.

Aleph BetaBehaalosechaDesertgan edenMannaParshaRabbi David FohrmanTorah
The Orthodox Jewish Volunteers Who Help A Child With Cancer » « Is It Weird That I’m Worried How My Kids Treat Alexa?

Who Should Light The Menorah?

Aleph Beta on Parshas Shemos: If Midrash is Real, Why Isn’t It Pshat?

Should a Rabbi Meddle Into Someone Else’s Personal Life?

Aleph Beta on Parshas Noach: Why Did God Destroy the World?