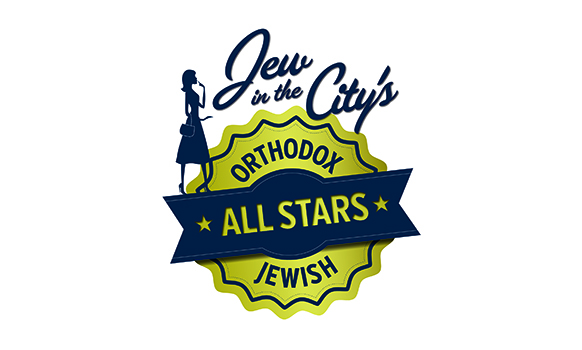 In 2012, Jew in the City launched “Orthodox Jewish All Stars” with a video that showcased some of the most professionally successful Orthodox Jews in the world today. In 2013, we opened up nominations to the public and with our committee choose ten new Orthodox Jewish All Stars whose achievements were celebrated at a beautiful Chanukah-timed event which got some major press. Last year’s All Stars were an exciting addition to the group – five of them were featured in this inspiring video which we premiered at our gala.

Nominations will be open until May 31, 2015. Our celebration once again will coincide with Chanukah (Date TBA).

The purpose of the Orthodox Jewish All Stars is NOT to brag about our accomplishments or put down those who haven’t accomplished as much, but to let the world (and ourselves) know that it is possible to stay true to Jewish values while also succeeding in one’s career.

Please check the lists of All Stars from 2012, 2013 and 2014 to make sure you are not nominating someone we have already awarded as an All Star.

Westport’s Jazz Rabbi & Other Orthodox Jews in the News