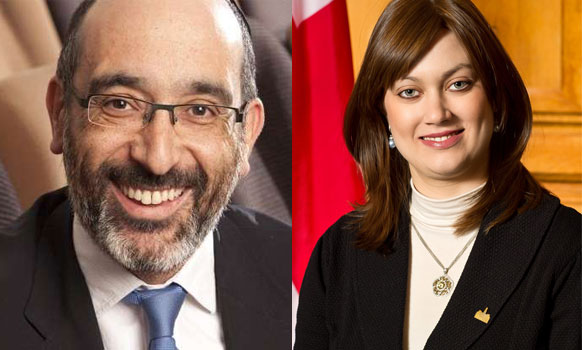 This year marks the first annual worldwide Shabbos Project, an international experience seeking to positively unite world Jewry, spearheaded by Rabbi Warren Goldstein and his wife, Gina, the Chief Rabbi and Rebbetzin of the South Africa. It was Rebbetzin Goldstein who suggested a universal endeavor instead of limiting the project to one region. Though it seemed impossible to achieve, they dove in at the prospect of creating such an event. After months of preparation and a worldwide campaign, the Shabbos Project took place October 24th-25th on Parshas Noach. It received an incredible response in the weeks leading up to the proposed shabbos, the social media frenzy surrounding it generating an overwhelming sense of anticipation. “It was unlike anything I had encountered,” Rabbi Goldstein confessed, “the response was strong and visceral.” Its success is owed to the immediacy and far-reaching effects of social networking, which made the colossal task a reality. The Shabbos Project managed to draw attention from every corner of the world.

According to Rabbi Goldstein it has become a social movement that is so appealing because it does not demand full time commitment or beg an obligation from the individual. “Shabbos can be so powerful and so compelling,” Rabbi Goldstein says, “that is what is at the heart of this social movement…[It is significant from a] spiritual, emotional, psychological and historical point of view,” he explains. “The fact that it has spread is a testament to the power of shabbos [and the] deep, deep, desire that there is for Jewish unity.” He admits that unfortunately, Jews often come together in times of hardship, often influenced by an external hostile atmosphere imposed by others. “This is so much more inspiring. [Coming together] out of a shared common vision.” Rabbi Goldstein believes that the project’s true success will be its cumulative effect; “We’ll have to wait and see if there is a shift in the entire mindset and culture in a positive and beautiful way,” he says, looking ahead to next year’s project set to take place on October 23rd/24th 2015.

Similarly, Jew in the City 2014 Orthodox Jewish All Star Mindy Pollak also faced a colossal task and dove in when approached with a great opportunity to positively change her community. In 2012 Project Montreal, a municipal party, approached her in hopes she would become a member and represent her borough. Mindy was then the first Hasidic woman ever to be elected to public office and is currently a city council member in Montreal. Mindy, a Vizhnitz Hasid, grew up on Hutchison street on the border of two Montreal boroughs. She attended Hasidic schools all her life, but had open-minded parents and thought of becoming a writer. Politics, she says, just fell into her lap.

It all started in 2011 when a dispute erupted in the community over a shul expansion. Though the Hasidic community received the permission and permits for renovation, an angry non-Jewish neighbor opposed the work. This led Mindy into Leila Marshy’s path, another non-Jewish neighbor outraged by the exclusion and bad sentiment expressed by this anti-shul campaigner. Together they wondered, “What can we do to make things better?” Mindy explains that it became clear that “this is one incident in a long line of incidents. Things have to change.” They began Friends of Hutchison, a neighborhood association, planning events that allowed Hasidim and non-Hasidim to work together as a community. “It was obviously really needed,” Mindy says. Project Montreal noticed this growing active voice of the community and admired its compelling unity, seeing it as a positive force for change. That’s when they approached Mindy, whose bilingualism and ability to reach both sides of the community divide, appealed to them. When they first approached her she laughed and said “no,” to what seemed like a “random suggestion.” However, once she began discussing it with her friends and family, she began to see the immense opportunity to affect change. “I had the chance to actually do something- to actually make a change in the neighborhood. How could I not take the opportunity? I felt that I couldn’t say no,” Mindy admits. With this in mind she’s very practical when it comes to her term in office. “I have short term goals and long term goals,” she explains, “I’d like to get people involved in the smaller issues, get them involved in the debates and events.”

When Mindy heard she’d been nominated as a Jew in the City 2014 All Star she was honored and thrilled. It was a big surprise and she was extremely flattered to be included in the lineup, which she admits is extremely meaningful to her. She elaborates that both her role in office and the public title of being a JITC All Star, convey an important message to the greater public.  “It is important to show the public that religious people can contribute to the greater society.” She believes that being religious and actively doing good for society are not, and should not, be mutually exclusive. Being a Hasidic woman with an active voice in social progress proves that. We’re a united group but we have room for self. “We’re a community. But we’re also humans. Normal. We’re individuals with goals and dreams.”