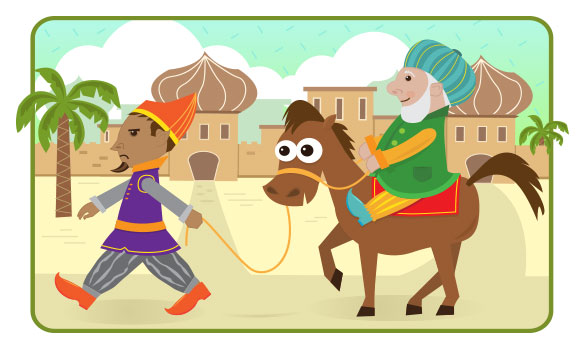 My high school was not your typical high school. The teachers drove used Chevys, Toyotas, and Chryslers; the student parking lot was full of Mercedes, BMW’s, and Land Rovers. Although there were many rich, snobby kids at my school, it wasn’t like in the movies where cheerleaders ruled. No – the name of the game at my school was college admissions.

That meant that athletic honors students were always more popular than  cheerleaders (whose sport was not considered as college-admission-friendly as the more sought after field hockey, lacrosse, and soccer).

Now, if like me, you were an honor student, but not particularly athletic, you A) were not popular and B) had to find other ways to build up your college admissions application. Musical instruments and school shows were helpful (check and check), but another key component to the perfect college resume was after school clubs.

After school club participation came in three levels: founder, officer, and member. Starting a club was the highest level, and yours truly did that twice. Right now you’re looking at (the words of) the founder of the Modern Science club AND the Substance Free Students club. (Can we say cool?)

I was also president of the debate club which my sister founded and I became successor of in a very openly nepotistic way.

As high school went on, I started becoming more religious. And so it came to be that on the first Purim I decided to strictly observe the holiday, I was headed to a Native American reservation in the middle of South Dakota (where observing the holiday properly would be nearly impossible).

It was my senior year of high school, and Purim coincided with my second annual trip to the reservation. (Apparently volunteering on Native America reservations was what one did in the Native American club.)

There were many obstacles in my attempt to celebrate Purim that year. First there was the megillah reading (in which the Purim story is retold from a scroll, sung in a special way, preferably done at a public gathering).

Being that there were no megillah readings within hundreds of miles of the reservation, nor did I personally own a megillah or know how to chant one, I was a bit stuck on this mitzvah, so I just read the Purim story to myself in English.

For the mitzvah of eating a festive meal – there were no official Purim seudas taking place on Pine Ridge reservation that year – but there was food. So when I sat at Pizza Hut (the reservation had one of those) and ate my pizza, I had in mind that I was fulfilling the festive meal obligation. (And yes, I later learned that a Purim seuda is meant to consist of kosher food.)

For the mitzvah of mishloach manot – giving out a basket of food to a friend, my mom took care of that through the synagogue. All that was left was the mitzvah of matanot l’evyonim – giving charity to the poor (which I assumed would be quite easy to do on a reservation).

I asked one of my teachers if I could make a donation to someone local that coming Sunday (which was Purim) and he said it wouldn’t be a problem. I thought I was set, but when Purim came, the school where I was supposed to give the donation was closed.

I was very upset to say the least. There I was – doing everything I could to observe the holiday – yet I couldn’t fulfill this important mitzvah. As I left the school with my friend, feeling dejected, money in hand, I said, “I have the money right here. All I want to do is give it to someone poor.” And not a moment later, as we crossed the street, an old beggar limped by, his hand outstretched for money which I gladly gave him.

Now while it might not seem so unusual to find a beggar on a reservation, it was the first and only time I had ever come across one in either of my two (ten day) trips there.

I’m not so naive as to believe that whenever we want something we can just exclaim “give me X,” and it will appear. (If that were the case, I would have been a popular, soccer player in high school who drove a Beemer. On second thought, I wouldn’t have wished for that – I would have wished for an entirely new universe where flute playing, Modern Science club founders who never kept their unpopular opinions to themselves were the ones who ruled the school.)

Nonetheless, there was something very moving about sincerely wanting to fulfill a mitzvah on a holiday that commerates God’s hidden hand in everything and seeing just what I needed in the exact moment I needed it.

Jew in the City Presents “The Sound of Silence” feat. The Maccabeats

Combatting Drug Use and Molestation in the Orthodox Community

One Minute Insight: Why Is There An Egg On The Seder Plate?