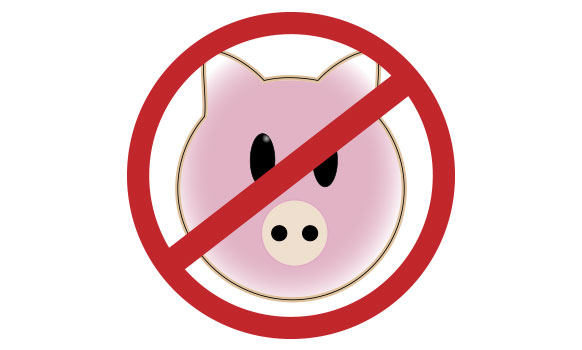 Is it just me or has anyone else been thinking about The One? As in “The One thing that’s going to finally disrupt life as we know it and destroy civilization as a whole.” Dirty bombs, bird flu, economic turmoil, and now swine flu! At first I was thinking that the swine flu might be a good distraction for people who have been worrying too much about the economy until I realized that the professional worriers will now just picture themselves futilely gasping for air as the anarchistic mob overtakes them. There is certainly no shortage of worries for us worriers to worry about these days, but when exactly has the world been problem-free? As soon as I start picturing some of the medieval torture devices I saw on a trip to London a few years back while simultaneously considering how badly the people who used them must have smelled, I’m quickly reminded that things aren’t nearly as grim as the media would like to have us believe.

If the need to worry still persists (for me, it’s simply hard-wired: I’m the daughter of a worrier who was the daughter of a worrier before her, and though I never met my great-grandmother, I’m pretty sure that she and all of her forebearers were worriers too ) please refer to my video Fear No Evil. In fact, let’s see if we can’t get this thing viral since there are thankfully still some things worth spreading!

Mother = Garbage Can » « What if Susan Boyle Had Stunk?

Maccabeats’ Chanukah Hamilton & Other Orthodox Jews in the News

What Does Judaism Say About Fraud And How Could Rabbis Do It?